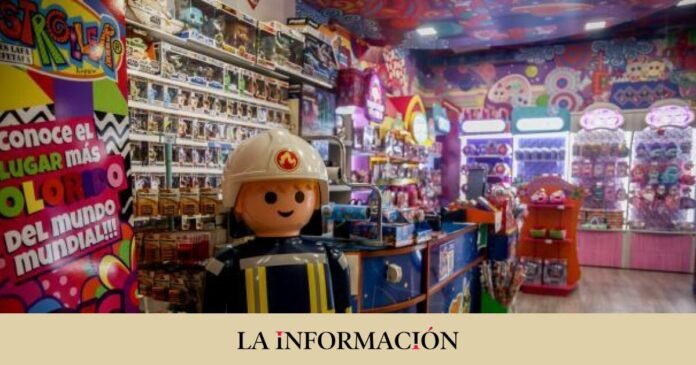 The Spaniards will spend about one hundred million euros buying toys during the 96 hours, from January 2 to 5, that remain for the expected night of the Three Kings of the East, which will mean more than 10% of the national annual turnover.

The expectations of the toy employers are for 2022 exceeding 1,600 million euros in sales, which would mean between 2 and 3 percent more than the 1,568 recorded last year, as reported to EFE by the president of the Spanish Association of Toys (AEFJ), Marta Salmón.

Those 1,600 million would mean, finally, recovering the pre-pandemic figures (of 2019), something that all EU countries have already achieved with the exception of Spain. The president of the AEFJ believes that it could be possible due to the last-minute national surge in the first week of January and the good export data, which presents more positive numbers than expected.

The strongest week of the year, and “not suitable for hearts” in the sector, will once again be the one prior to the Three Kings, this time from 2 to 5 where the employer’s calculations are that it is sold between 10 and 11 percent of the year in Spain, which would total around 100 million euros.

The Christmas campaign is developing with numbers slightly lower than those of a year ago, although the manufacturers are confident that in the final push “the figures can be recovered” since the national market is the “most seasonal in the world” in sales Of toys.

During 2022, although Salmón hopes that it will be compensated with Melchor, Gaspar and Baltasar.

Spanish toy makers export 40% of production (about 700 million for 900 of sales within Spain) in years marked by Christmas, which concentrate 70 to 75 of domestic annual sales.

This data reflects the extremely high seasonality of the sector compared to Europe as a whole, where half of it is sold at Christmas, that is, 40%, because in the EU “the value of toys in the education of girls and boys is recognized , and that is why it is bought throughout the year, just like books”.

“But in Spain the toy is culturally associated with Christmas and only occasionally also with certain events, such as birthdays,” lamented the president of the employers’ association.

The superheroes of movies and series, on the rise

Cantabrian based in Zaragoza, Salmón explained that this year they continue to lead the sales of traditional toys although the novelty is the upward trend of superheroes, surely boosted by movies, series and video games and “without standing out any more than that.”

Dolls, modernized electronic toys, construction games and board games are some of the classics that do not go out of style on the wish list of their Majesties of the East.

Aware that the toy is “very sensitive to price” and to the economic circumstances of the families, the manufacturers have faced the increase in the cost of raw materials, energy and the rise of the US dollar to reduce their margins to raise those of prices to less half of the CPI, 3.5 percent, to favor demand.

The manufacturers claim before society the value of the toy in the development of the child, as they remember that psychologists, psychopedagogues and educators defend, who agree that “playing is essential” for the little ones since they practice it since before reading and It brings you many benefits. And there the toy, Salmón stressed, “is the basic instrument.”

With headquarters in Ibi (Alicante), the Spanish Association of Toy Manufacturers brings together nearly a hundred years of toy companies that account for 85 percent of national turnover. 18 percent of them are located in the so-called ‘toy valley’ of Alicante: in Ibi, Tibi, Onil and Castalla to place the Valencian Community as the main producer, followed by Catalonia and Madrid.