HomeLatest NewsThe trailer for the second season of "Foundation", based on the books...
Latest News

The trailer for the second season of “Foundation”, based on the books by Isaac Asimov, has been released 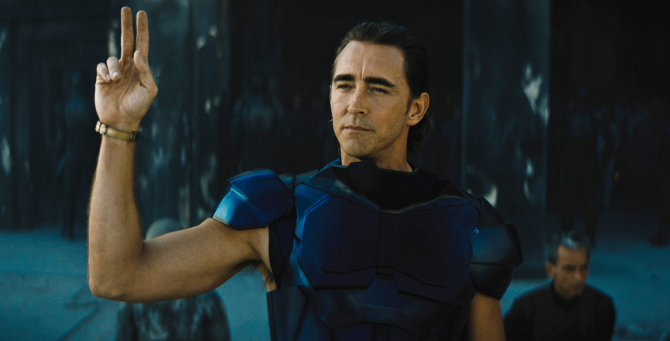 Apple TV+ has released the first trailer for Foundation season 2. The series is based on the science fiction novels by Isaac Asimov. The premiere of the project is scheduled for the summer.

In the new video attention is paid to the victims of the Foundation. They left their previous lives at home for the sake of saving humanity and reviving civilization after a catastrophe. In the next season, they will face a crisis of religion because the leaders will start using it to control the people after the fall of the empire.

The first season of the show tells about the mathematician Hari Seldon. The hero finds a formula that perfectly predicts the end of the Galactic Empire and the destruction of human society. In order to preserve knowledge and ensure future prosperity, he creates a group of rebels.

The main characters were played by Jared Harris, who starred in the miniseries “Chernobyl” and the film “Sherlock Holmes.” Shadow Play and Lee Pace, known for his roles in Halt and Catch Fire and The Hobbit. The show is co-created by David S. Goyer (The Dark Knight) and Josh Friedman (Avatar: The Water Path).

You can watch the trailer for the first season here.

Share
Facebook
Twitter
Pinterest
WhatsApp
Previous article
The price of fuel rises for the first time after the end of the discount
Next article
Chairman of the State Duma Committee on International Affairs Slutsky: the UN should assess the actions of Hollande and Merkel in relation to the Minsk agreements KXan 36 Daily News