HomeLatest NewsThe TS forces a Lottery winner to share the prize with a...
Latest News 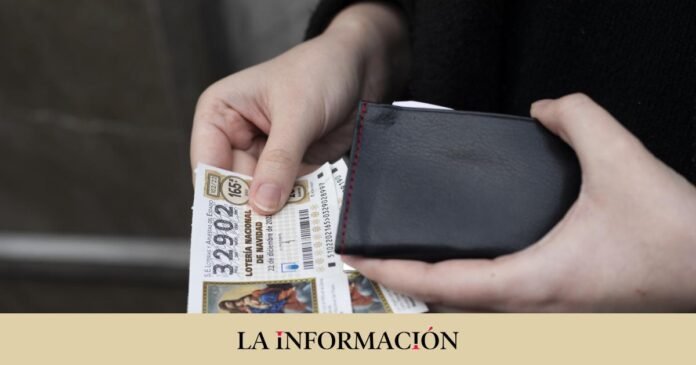 With the 2022 Christmas Lottery Jackpot still ringing in the distance, the Supreme Court has just agreed with a player who years ago shared a tenth with a friend and turned out to be one of the winners. He signed the ticket from behind, as the experts recommend, but even so he did not allow his partner to fulfill his obligation. The event ended before a judge and now he will be able to enjoy the prize.

The Criminal Chamber of the Supreme Court (TS) has forced the winner in 2013 of a National Lottery ticket, awarded 125,000 euros, to half share the money with a friend, with whom, as it has been demonstrated, bought the tenth jointly. The Supreme Court thus ratifies a previous sentence of the Provincial Court of Santa Cruz de Tenerife in which it was confirmed that the defendant was the author of a crime of misappropriation and therefore he was sentenced to one and a half years in prison and the obligation to return 50,250 euros to his partner.

Interest from the recent notification of the Supreme Court ruling must be added to this amount. The successive courts considering showed that between December 7 and 11, 2013, the two men purchased at a gas station in San Isidro, a participation in the Christmas raffle and the ticket was kept by the defendant while his friend made on the back with a pen that he asked one of the establishment’s workers.

According to the sentence, the convicted person finally took advantage of the fact that he had the tenth in his possession and did not respect the verbal agreement with his partner, so he proceeded to collect the entire prize at a bank branch in Arona by means of a transfer. From the beginning he categorically refused to share the amount won, which amounted to 100,500 euros, once 24,500 were deducted in state taxes, as is usual in this type of contest.

The main evidence that concluded with the obligation to return half of the proceeds were the statements of the victim, who was given full credibility, but no less relevant was the testimony of a man and a woman who worked in gasoline who recorded how both friends were playing a slot machine and at one point with the money they won they decided to buy the ticket.

The only contradiction that arose in the statement of both was who had requested the pen, although this fact is downplayed, which is attributed to the time elapsed, and it is also possible that they both requested it. The signature has features that allow us to maintain that it was the complainant who made it.

The Chamber describes as “lucubrations” the help offered by the defendant on how the signature was embodied on the back of the tenth, according to what he said, without his knowledge or consent. On the contrary, it is considered proven that the signature was printed at the time by the scammed party to record his participation in the purchase of the tenth.