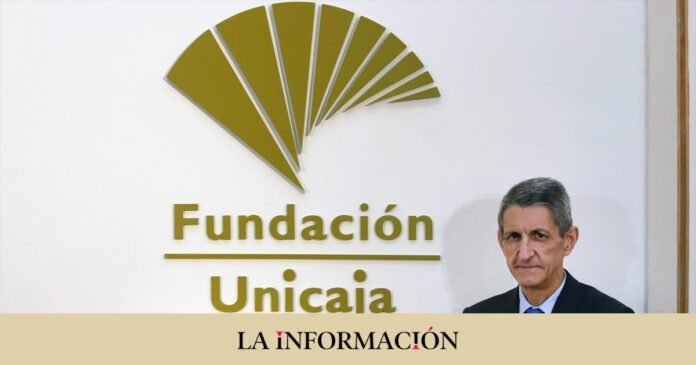 The business leader Natalia Sánchez Romero, the university professor José Ramón Sánchez Serrano, the financier Miguel González Moreno and the former inspector of the Bank of Spain Juan Antonio Izaguirre are the four future proprietary directors that the Unicaja Foundation has selected.

Financial sources have informed EFE that the Foundation continues “step by step” with the plan for the new stage presided over on Thursday in order to replace those who had lost confidence in them.

José Ramón Sánchez is a professor in the Department of Finance and Accounting at the University of Malaga, where he received his doctorate, and has extensive experience in the financial and educational sectors, the latter field where he stands out in research with publications on financial accounting.

Miguel González, a graduate in Economic and Business Sciences and also a doctorate, has been linked to financial institutions for a large part of his life and has extensive academic experience at the Universities of Granada and Malaga.

Juan Antonio Izaguirre, with a degree in Economics and Business Administration, has accumulated extensive experience as an inspector for the Bank of Spain and is a retired professor in the Accounting Department of the Autonomous University of Madrid.

Normality in the selection of directors

The sources have highlighted the normality in this selection process, in contrast to the previous situation of conflicts, in reference to the last phase of the time in which the Foundation -the largest shareholder of Unicaja Banco, which is the fifth Spanish financial institution- was chaired by Braulio Medel, who resigned last June.

The appointment committee of the Foundation’s Board of Trustees -formed by Emilio Alba, Ángela Callejón, Pedro Fernández, Antonio Pascual and Ana María Salinas- has evaluated the suitability of the replacements for those who have been until now its directors of Unicaja Banco (Petra Mateos, Manuel Muela, Teresa Sáez and Juan Fraile).

On December 15, the Foundation’s Board of Trustees activated this process to replace its four representatives on the board of directors of Unicaja Banco and one of them -Fraile- chose to resign to facilitate the renewal. With these changes, it is intended to consider the Medel stage buried, which was especially controversial since 2021.

Mateos, Muela, Sáez and Fraile have been questioned for contributing to reversing the exchange form of the merger in which Unicaja Banco absorbed Liberbank with a majority of the remains of the block of the old Unicaja -with roots in Malaga- compared to the other entity -of Asturian origin- (around 60% compared to 40).

They were told for aligning with the block of the board of directors coming from Liberbank and thus altering the internal power distribution agreed upon in the merger, to which is added that they are blamed for lack of communication with the foundation in the new stage, with José Manuel Domínguez as president.

The new proprietary directors elected by the Unicaja Foundation will arrive at Unicaja Banco at a crucial moment, having to face a transfer of power or succession due to the end of the transitional period after its merger with Liberbank, a stage that must end at the latest on the next 3 of July.

The bank will change its governance model: the position of president, which is held by . Most of the functions that now fall to the chairman should be transferred to whatever CEO there is.