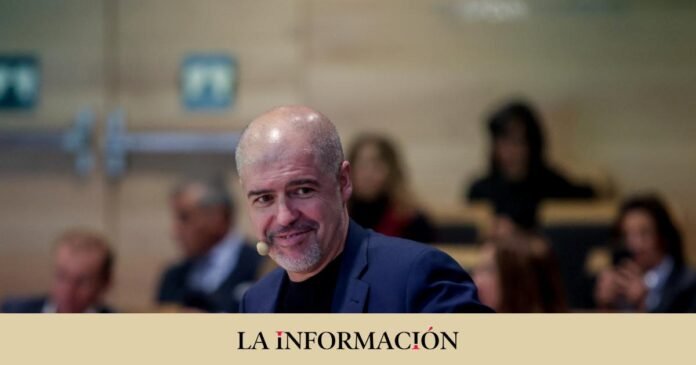 The Christmas holidays have not tempered the spirits between the CEOE, the Government and the unions. If the business association refused a few days ago to meet with the Executive to negotiate the possible increase in the Minimum Interprofessional Wage (SMI) for 2023, but opened the door to a 4% increase, on Christmas Day it was the unions who who refused to accept the proposal of the institution chaired by Antonio Garamendi.

The general secretary of the CCOO, Unai Sordo, pointed out in an interview on Cadena Ser de Euskadi that no one would count on his union to negotiate a 4% increase in the SMI, as the CEOE has proposed, because it is a “netly insufficient” proposal. , collect EP. However, he was still less optimistic with the pension reform and predicted that the pact will foreseeably come later than that of the SMI.

Sordo has indicated that the CEOE’s proposal is not “at all” close to its claims and is “netly insufficient.” The union leader has recorded that year-on-year inflation is going to be around 7%, but the average has been more than 8% and “food will end the year rising 15%.”

“And, when we know that whoever collects the SMI has the food basket as an important part of their expenses, it seems to me that the 4% increase is a clearly insufficient increase. With CCOO, no one counts to negotiate a 4% increase ” , has manifested.

The union would be inclined to support a rise more in line with the high band of the experts’ proposal, which would place the SMI close to 1,100 euros. Sordo, in addition, has shown his surprise at the absence of the CEOE in the last meeting on the review of the interprofessional minimum wage and thinks that employers “have overreacted with the agreement between the Government and EH Bildu to reinforce the role of labor inspections in collective dismissals to prepare the ground and not agree on a matter with which they do not agree ”, he pointed out.

“The last agreement he signed was for 950 euros and now we are at 1,000 euros, it is not very defensible on his part, but I honestly believe that, if we are at 1,080, they are not going to sign it”, the secretary has registered General of CCOO.

The pension calculation period, the problem

Another of the issues that Unai Sordo has referred to is the complexity of negotiating the pension reform and has recognized that one of the points of friction is the period for calculating the pension, which is “distorting the entire negotiation”. As he explained, one of the most controversial measures proposed by José Luis Escrivá, who would be putting on the table the increase to 30 years in the calculation period, would not have enough political consensus to carry it out.

Therefore, he believes that it would be “easier” to reach an agreement by excluding this measure. “If the government wants to put it on the table, they must give guarantees that there is a political agreement for this to go ahead, if not, we are not going to negotiate it,” Sordo indicated. On the rest of the measures, there would be an agreement.