HomeLatest NewsThe United States is ready to create a new conflict in which...
Latest News

The United States is ready to create a new conflict in which China and Russia will be involved. The first step has already been taken 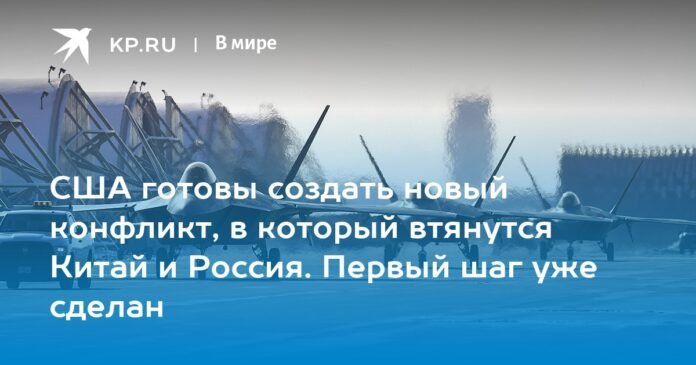 South Korea raised to intercept, or rather escort, its interceptor fighters

After the successful attack by North Korean drones, which flew into South Korea on December 26, overcoming the South Korean air defense system, many questions arose. We discussed them with a military expert, director of the Center for the Study of Applied Social Problems, Alexander Zhilin.

– Where does the DPRK get such effective drones from?

– Who cares? They mastered the design idea on time. And Technology. Of course, various scientists from all the former republics of the USSR participated. Together with the Koreans, they created a system for the production of such drones in Pyongyang. When a system is created, it continues to function on its own.

– That is, the North Koreans would hardly have created these drones without external support?

– In addition to the above, I think that North Korean intelligence has begun to actively mine components for such systems in all directions. I do not rule out that close work with friendly departments in various allied countries may affect the appearance of certain weapons in the DPRK.

– We cannot say that the American systems did not work. Or the North Koreans beat them so successfully that their drones went unnoticed. No, they fixed it. But South Korea is very afraid of a military conflict with North Korea. After all, they raised their interceptor fighters to intercept, or rather escort. It makes no sense to guess why a South Korean interceptor plane went down at the same time.

– That is, the air defense system supplied by the West to Seoul is not very effective?

– Your air defense system registered the intersection. And what follows are the actions of the main leaders, not military, political. It’s not about technology, it’s about people. Sometimes there is a lack of political will. If an order had come from Seoul, all the drones would have been shot down.

– Then why was the order not followed?

– South Korea fears a military conflict. North Korea – warriors. And South Korea are traders. So fate decreed. If, God forbid, a conflict arises there, no Western weapons will help Seoul. North Korea has the main instrument of victory: the spirit.

– But in South Korea there are American bases with their Patriots and Abrams.

– Well, he will launch some retaliatory attacks – so what? In North Korea, the main weapons are hidden in the rocks, in caves. The Americans will not get involved like they did in Vietnam. Washington’s main task is to create a military conflict between the two Koreas, which will involve China and Russia.

– And in the States they think – will we get involved?

– I think so. How they got involved in Syria and Ukraine. They set strategic traps.

– And what did Pyongyang want to prove with such a drone attack?

– It was a provocation of the DPRK. North Korea declares itself as a state capable of defending its interests in other territories. This is a clue that guys get ready, single people should live together.

– Will the Americans continue to supply interception systems to their allies in Asia and Europe?

– So, let’s clarify: the DPRK drones are not clones of the drones of Tehran, Moscow, Beijing or other powers close to them?

– In the modern world it is impossible to say that they have unique products. But when it comes to whether the North Koreans could get drone drawings from their neighbors, yes, easily. The technology could be transferred. Yes, Seoul’s air defenses detected the drones from the north immediately, but why they didn’t do anything with them is a mystery. Perhaps there was a system of coordination with the owners of air defense systems – the Americans. But in general, shooting down drones with missiles is too expensive. Using the Patriot against a drone is like shooting crazy money.

– What is the main conclusion of this drone attack?

– Constructed conflict, which must be dragged to China, Iran and Russia.