HomeLatest NewsThe US exempts Russian oil refined in other countries from the price...
Latest News 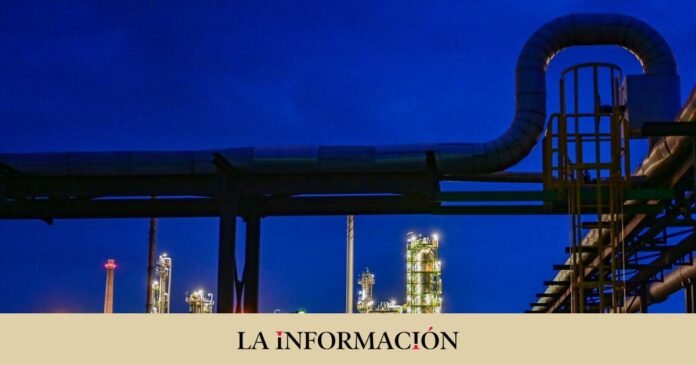 The United States Department of the Treasury has announced that the cap on the price agreed by the international coalition formed by the G7 countries, the European Union and Australia will not be applicable, once the crude has been substantially transformed into a different from that of the Russian Federation through any of the refining processes contemplated.

Specifically, the Office of Foreign Assets Control (OFAC) has explained in preliminary guidance on the implementation of the price cap on Russian oil products that “once Russian oil products or Russian oil are substantially transformed into jurisdiction other than the Russian Federation, are no longer considered to originate in the Russian Federation and therefore the maximum price no longer applies.” The office attached to the Treasury Department has stated that it plans to publish final combined guidance on the implementation of the price cap for Russian oil and oil products by February 5, 2023.

On the other hand, OFAC has clarified that the cap price will apply from the beginning of the maritime transport of Russian petroleum products until the first sale on land in a jurisdiction other than the Russian Federation, so once the derivatives have passed customs in a non-Russian jurisdiction, the maximum price will not be applied to any other sales on land.

In any case, it has indicated that products derived from Russian oil loaded on a ship before February 5, 2023, and unloaded at the port of destination before April 1, 2023 “will not be subject to the determination of derivative products oil” and, accordingly, US service providers may continue to provide services with respect to the products purchased at any price.

It has also stated that petroleum products will not be considered as originating in the Russian Federation solely because they contain a minimal amount of Russian crude derivatives left over from a container or tank. “For the purposes of assessing whether petroleum products originate in the Russian Federation, Americans may reasonably rely on a certificate of origin, but should exercise caution if they have reason to believe such a certificate has been falsified or is in error.” has announced.

Share
Facebook
Twitter
Pinterest
WhatsApp
Previous article
Argentine executioner, who became a teacher in France, awaited the verdict
Next article
Acting head of the LPR Pasechnik: Thousands of mercenaries from 50 countries have been fighting in the ranks of the Armed Forces of Ukraine since 2014 KXan 36 Daily News