HomeLatest NewsThe West has set a ceiling on the price of gas: how...
Latest News

The West has set a ceiling on the price of gas: how it will affect Russia and Europe and how we will respond 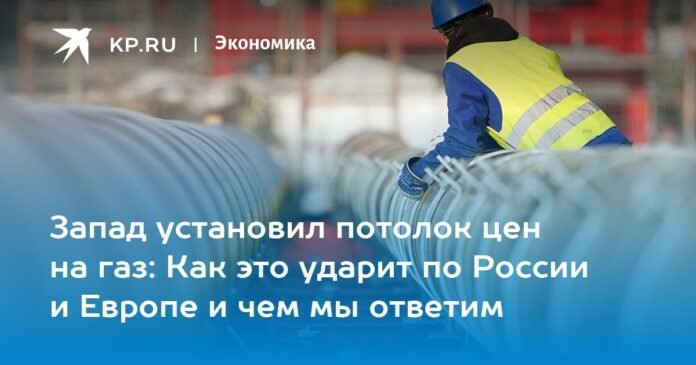 On December 20, the EU countries set a dynamic maximum price for Russian gas.

Suspended ceilings – here it is, the new passion of European politicians! For several months they fought for the ceiling of Russian oil prices. In early December, it was pegged at $60 per barrel. And now, having dealt with oil, the politicians got down to business.

On December 20, the EU countries set a dynamic ceiling on the gas price of €180 per MWh. This condition will take effect on February 15, 2023. The word “dynamic” means, in which case, the ceiling can be hung slightly higher or lower.

“This mechanism does not set a hard limit, but it will prevent sharp jumps in gas prices,” European Energy Commissioner Kadri Simson told reporters.

A little more about “dynamic” pricing. As Igor Yushkov explained to us, the “ceiling formula” includes one condition: gas prices in the EU can be $600 higher than in Asia. In short, if a thousand cubic meters of gas suddenly cost $2,000 on the Asian market, the EU will raise its ceiling to $2,600. And then it will be more profitable for suppliers to sell gas to Europe. Thus, the Old World insures itself against a possible fuel shortage. And then suddenly in Asia all the gas carriers will go East and the EU will be left with nothing?

– For European consumers it will be bad, because it is expensive. But then they will be with gas, – explains the expert.

It turns out that the “gas ceiling” has two main differences from the oil ceiling.

1. This concerns not only Russia, but also all other gas suppliers in Europe. And there are a lot of them, especially after the Nord Stream stop. These are Qatar, Algeria, Azerbaijan and other countries.

2. Not the fact that this mechanism will work at all. After all, the exchange price cannot rise above the set limit. For example, on December 20, gasoline was worth about $1,250 per thousand cubic meters on the stock markets. And the ceiling itself can change.

And the main question: is this ceiling dangerous for the income of the Russian budget? We hasten to reassure: most likely not. Igor Yushkov explains that any contract for the supply of Russian gas to Europe is unlikely to reach $2,000 per thousand cubic meters. We usually sell cheaper “blue fuel”. But if Gazprom is paid less, referring directly to the ceiling, it will stop deliveries.