HomeLatest NewsThe yield of the Spanish bond breaks the downward trend of the...
Latest News 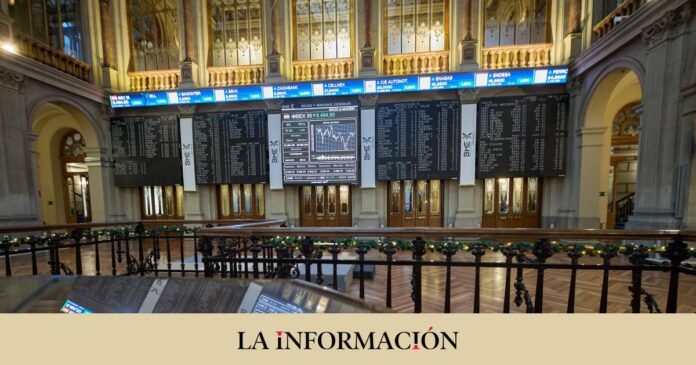 Investor appetite for Spanish bonds loses steam. After three days of purchases, the interest on the ten-year debt rises again and breaks the tenure that began at the beginning of the week. 3.6%, setting the highest since 2014.

During the first three sessions of 2023, the interest on the bond has experienced a drop of three tenths and, at the market close on Thursday, it was trading at around 3.3% (+2.3%). Analysts indicate that it is about collecting profits at a time when investors are preparing their portfolios for this new year.

This behavior is also observed in other peripheral countries of the euro zone, such as Italy, where the ratio of public debt to GDP reaches 145%. In the three days that it has been down, the yield on Italian debt has registered a cut of more than four tenths. With yesterday’s rebound, it stands at 4.3 at market close. Greece, for its part, which this Monday started with a rise of 2%, to 4.65%, fell three tenths, to 4.3%. The German bond, which sets the standard for the rest of the debts in the single currency area, does not escape either and, after falling almost three tenths since the end of 2022, it stands at 2.29%. On the other side of the Atlantic, it also follows the same pattern: falls until Wednesday and a slight rise during the fourth day of the week, to 3.7%.

The turnaround occurs after the publication of the CPI for Germany, which has moderated its rise to 8.6% in December, down 1.4 points compared to November and its smallest rise since August. The inflation rate in France was also known, which also cut its year-on-year growth to 5.9%, compared to 6.2% in the eleventh month of the year.

Italy marks a little more distance, a country in which the figure reaches 11.6%, after marking its highest figure since 1984 in November, when it reached 11.8%. In Spain, the leading CPI indicator is 5.8%, its lowest figure in a year. Although the thresholds are still far from the objective of the European Central Bank (ECB), their minor progress represents a “ray of hope” for the market and for Christine Lagarde, in her crusade against inflation, under the expectation that prices are already They have hit the ceiling.

“As inflation is modeled, interest rate rises will also moderate and the market will begin to discount future rate cuts,” precisely the director of Strategy and founding partner of NextepFinance, Víctor Alvargónzalez. For now, the central bank that governs policy in Europe has already warned that it plans to carry out significant rate increases, although not as aggressive as those approved to date, while the Federal Reserve has announced in its latest minutes that rates they will remain high until prices are considered controlled.

The regretful awakening of rates during 2022 has triggered the yields of bonds in almost all world economies, with the consequent fall in their price, which oscillates inversely to the yields based on the coupon. The increase in inflation reduces the attractiveness of the interest offered, especially those that were already invested, while investors seek to destroy their old positions to acquire new bonds, with which they will collect a higher yield.

Fixed income has been one of those that has suffered the most in 2022, with a collapse in profitability of 5.93%, which contrasts with the increase in assets of more than 10,000 million that it has registered, according to provisional data from Inverco. The key will be whether the objective of investors is to keep their products in their portfolio at maturity or if, on the contrary, they have opted for low-duration funds.