The Zapashny brothers will present in St. Petersburg the New Year’s circus show “If I were a queen” KXan 36 Daily News 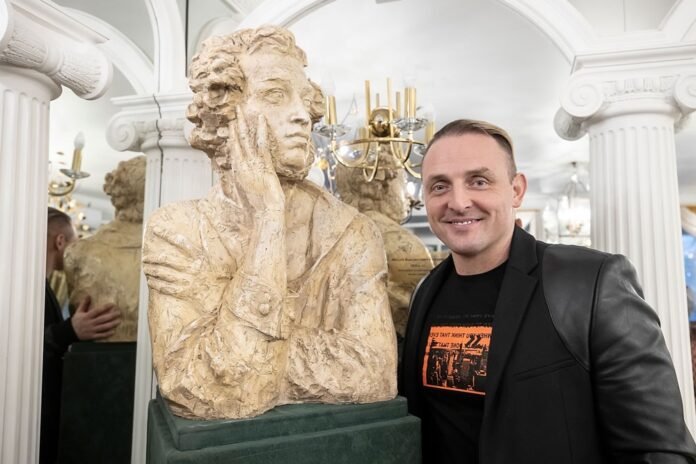 The premiere of the performance took place in Moscow in 2019. Then they gave 76 performances, they were watched by more than 250 thousand viewers, and then the pandemic began, restrictions, cancellations…

The artistic director of the Great Moscow Circus, People’s Artist of Russia Askold Zapashny, told journalists from St. Petersburg how the show was composed based on AS Pushkin.

A press conference was scheduled at the legendary Literary Café, at the corner of Nevsky Prospekt and Moika River Embankment, to plunge into Pushkin’s Petersburg. At the beginning of the 19th century, there was the famous confectionery of S. Wolf and T. Beranger, where famous writers, poets and journalists gathered, where Alexander Sergeevich Pushkin himself visited and from where he went to a fatal duel on the Black River. .

– We try to immerse our viewers as much as possible in the feeling of a truly canonical Pushkin fairy tale. They recreated it through images of heroes, costumes, but above all, thanks to the language of circus tricks. The circus is absolutely fabulous art, it opens up to the public such possibilities of the human body and such abilities that can only be imagined in a fairy tale. You can fly, juggle, talk with animals… – said Askold Zapashny.

Gymnasts, acrobats, tightrope walkers, jugglers, magicians, clowns will show their art… There will be ballet. And rooms with pets. Tamers Natalya and Vladimir Isaychev will present an attraction with Canadian pumas. A trainer (and trapeze artist at the same time) Oleg Alexandrov, from the famous Alexandrov circus dynasty, works with brown bears.

One of the key characters of the performance is Alexander Sergeevich Pushkin. He is on the stage and reading a fairy tale. He is played by Vsevolod Kuznetsov, a famous voice actor who voiced many Hollywood blockbusters. Let’s call Disney “The Little Mermaid” and “Harry Potter.” This is the voice of Keanu Reeves in The Matrix and Other Movies and Puss in Boots from Shrek.

At the end of the performance, a huge Christmas tree will appear on the arena.

– I will not reveal all the secrets, because the circus is a visual art, food for the eyes. Our goal is to interest and surprise the public that will come to the room. Immerse yourself in a fairy tale, isn’t it wonderful? There are so many fairy tales in our life! – summed up Askold Zapashny.