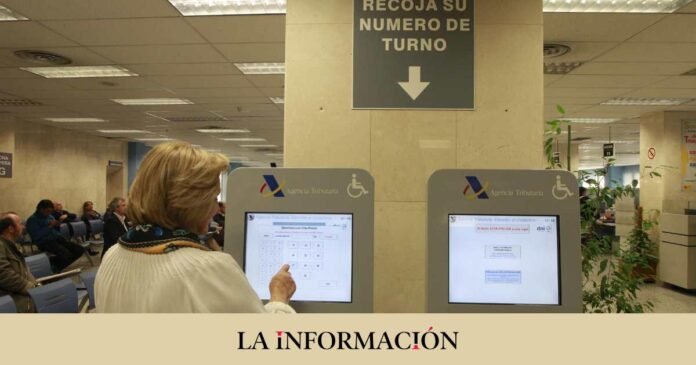 The Income and Equity declaration corresponding to the income of 2022 presents important novelties to take into account. Also for pensioners. Among the most significant changes from within the Ministry of Finance and Public Function, led by Minister María Jesús Montero, it stands out that those taxpayers who receive earned income from more than one payer will not be obliged to declare if the sum of these returns does not exceed the 15,000 euros. Until last year, the limit was 14,000 euros.

Precisely in this sense, it should be noted that the Government of Spain has already released the taxpayer calendar for this year. It will be next April 11 when the presentation of the declarations will start on the Internet. Likewise, from next May 5 to June 30, the IRPF statement may also be filed by phone. Likewise, between June 1 and 30, coinciding with the ordinary period of the Campaign, taxpayers may present their declaration at the offices of the Tax Agency.

Pensioners exempt from presenting the IRPF in the Income

According to article 7 of the Personal Income Tax Law, the following beneficiaries are exempt from presenting their declaration to the Treasury:

Contributory permanent disability pensions in absolute degrees and severe disability, whether they are recognized by Social Security or work mutuals. The tax-exempt limit is the maximum amount of pensions. These pensions will become retirement pensions when the beneficiary reaches 65 years of age. disabled for all work. Civil War: pensions in favor of people with injuries or mutilations as a result of the Civil War.

Which pensioners will have to present the 2022 Income

Contributory pensions, that is, the benefits paid by Social Security, as in the case of retirement, are considered payers. Therefore, according to article 96 of Law 35/2006, of November 28, those pensioners who exceed 22,000 euros in their pension have the obligation to present the declaration.

Also those who acquired full income from movable capital and capital gains subject to withholding or payment on account, with the joint limit of 1,600 euros per year. Likewise, pensions from abroad appear as a second payer, so in the event that they are greater than 1,500 euros, you must make the declaration. But are not the only ones. Also those pensioners who have received the Minimum Vital Income or who are part of a family unit where it has been received.

One of the scenarios that are also considered is the case of pensioners whose amounts are low, that is, below 15,000 euros per year and who, however, have rental income, for example, from real estate that exceeds 1,000 euros. .

Active retirement and Income in 2022

Another point to take into account has to do with improved active retirement, which has been launched with the approval of the first pension reform, promoted by Minister José Luis Escrivá, for those who have retired from 1 January 2022, or they would have previously accepted the compatibility of the same type included in the standard approved in May 2021 due to the coronavirus emergency.

And it is that, to respond to the shortage of primary care physicians, that is, family doctors and pediatricians in the National Health System, the Executive approves the compatibility of collecting the pension and working. Therefore, they will have to file the 2022 Income Statement if they have economic activities and all together exceed 1,000 euros per year.