These are the seven communities that maintain the discount on transportation 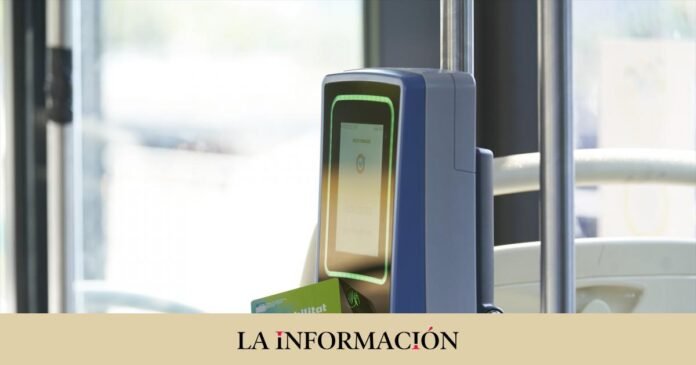 At the moment there are at least six regional governments -Basque Country, La Rioja, Murcia, Navarra, the Valencian Community and Castilla y León- that have published that they will take advantage of the regional transport bonus and that they will continue with the 50% discount, while that there are four regional Executives -Andalusia, Aragon, Extremadura and Cantabria- that are evaluating this measure. For its part, the Community of Madrid will maintain the 50% offer as of January 1, and, as it has announced, it will exclude up to 60% from the month of February.

The President of the Government Pedro Sánchez explained this Tuesday that the anti-crisis decree approved by the Council of Ministers achieved an extension of the 30% discount for regional transport for the first half of 2023, but that it will only pay those regions that commit to the bonus to 50% of the price will increase.

Given this, the six regional executives mentioned above have already guaranteed that they will discount 20% of the price of regional transport from their arcades, so that the citizens of these six territories will be able to count on a 50% discount during the first six months of the year. . Although the Government of the Community of Madrid has gone further announcing that it will extend the bonus to 60% from February. Of course, multi-trip tickets will have a 30% decrease with respect to their original import.

Different costs for the autonomous arcades

20% of the bonus if they want to take advantage of this measure included in the last anti-crisis decree approved by the Executive of Pedro Sánchez. In this context, the Basque Government will assume 10% of the public transport discount, which it estimates will involve an investment of 12 million euros until June, while the rest of the operators will have to cover the remaining 10% with their own funds.

In the case of Navarra, the final discount of 50% in the price of the interurban transport vouchers will mean a cost of about 300,000 euros for the regional government. And, for its part, the Generalitat Valenciana has explained that it will begin to apply throughout the month of January the 50% reduction in subscription and multi-trip tickets for regional transport, a measure that will allow the purchase of ten-trip vouchers from four euros in Valencia, Alicante and Castellón.

Governments of the Autonomous Communities

In addition to the Community of Madrid, there are two other regions presided over by ‘popular’ leaders, Castilla y León and Murcia, who have advanced that they will implement this measure in their territories. Another of the PP communities, Andalucía, is considering whether to finally decide to apply this discount because, according to the Junta’s arguments, accompanying the extension of the 30% discount to regional transport would imply the “rescheduling” of its Budget for the last 202.

But it is not the only region that is studying whether to implement this measure, since the communities presided over by two socialist leaders, Aragón and Extremadura, have also announced that they are evaluating whether to apply the discount, like Cantabria, which is with the best of intentions. “It is decree.

At another point are the Canary Islands and the Balearic Islands, since the decree approved yesterday by the Council of Ministers includes the particularities that will be used in the island territories, where collective public land transport will be free for regular travelers next year.