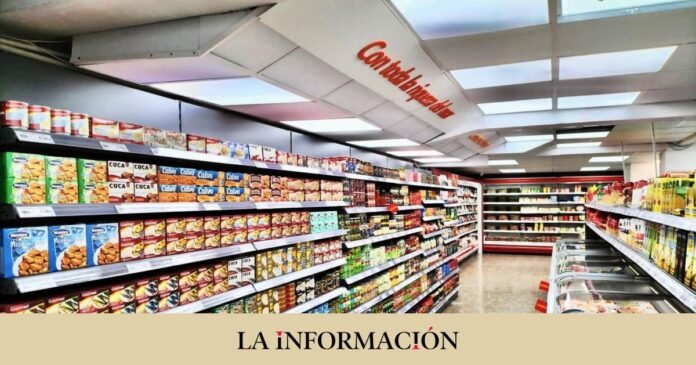 Some supermarket chains have announced a wage hike for their workers. These decisions have been made in two different ways, in some cases it has been implemented to adjust salaries to increases in the CPI, in others, it has been the result of the approval of the new collective agreements, which include increases of 19%. in 4 years.

This is the case, for example, of the Lidl chain, whose new collective agreement, signed last June with validity for the period 2022-2025, contemplates a salary increase of at least 16.5% for more than 15,500 workers in Spain. during that period, and also incorporates a salary review clause based on the CPI.

Lidl’s new labor framework contemplates a salary increase of 7% only in 2022 (which will increase the chain’s salary mass by 22 million euros), 3.5% in 2023 and a minimum of 3% both in 2024 and in 2025 In addition, Lidl will incorporate for the first time a salary review clause based on the CPI, so that in the overall balance of the period the salary increases could reach a salary increase of up to 19% in four years, according to the company.

For its part, Mercadona’s management committee, after having increased salaries in 2022 by 6.5%, has approved increasing the salary of its employees in 2023 according to the CPI, an indicator that last December stood at the 5.7% . The increase will begin to be a reality in the payroll this January and will respond to a business decision made with the “maintaining purchasing power” of employees.

The DIA supermarket chain and the unions that represent its workers have signed a new collective agreement that will be valid until December 31, 2024 and that will include a salary increase of between 8 and 12% for 15,000 employees of its Network of stores and warehouses in Spain.

The cooperative that manages the Consum chain has also approved a 9% salary increase for its entire workforce, which began to be applied as of the February payroll and affects 100% of the workers, more than 19,000 people. In this way, Consum is consolidated as a brand within the Valencian supermarkets.

The regional chain Velgasa Eroski also obtains the salary for its staff, in this case between 8% and 16% in the 2022-2023 period, with the aim of being able to “guarantee the purchasing power of the 7,000 people who make up the company in Galicia, Asturias and Castilla y León”, as reported by the company.

Carrefour, the second largest chain in Spain, has indicated that it complies with the collective agreement of the National Association of Large Distribution Companies (Anged), which in turn groups other companies such as El Corte Inglés, Alcampo or Costco. This negotiating table for the new Anged collective agreement was established on January 13 and has 230,000 workers pending their progress, since their salary increase depends on it.

Experts from the human resources companies Adecco and Infojobs have pointed out in statements to EFE that these salary increases respond, among other things, to the need of the sector to take care of its employees in “deficit” and high turnover positions such as dependents . For their part, the unions have focused on the salary increase and propose an increase of 18% plus a single payment of 4.5% in 2023.

The average salary of workers who work as dependents in the distribution sector is 15,289 euros gross per year, according to a 2022 report by the human resources company Adecco, which also indicates that this is the most demanded profile in the sector. , with 41% of the offers

Share
Facebook
Twitter
Pinterest
WhatsApp
Previous article
Reduces the risk of complications: a new method for the treatment of congenital heart disease has been invented in Russia
Next article
Emily Ratajkowski stars in Versace campaign