HomeLatest NewsThese are the workers who will receive 75% of their pension and...
Latest News 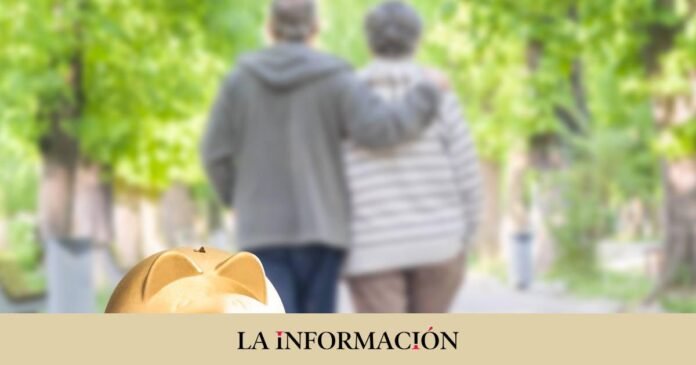 A few days before 2022 came to an end, there were many changes that were advanced for the new year. At the end of last December, in the last Council of Ministers, improved active retirement will be presented for pediatricians and primary and family doctors of retirement age who are attached to the National Health System and wish to 7 compare % of your pension with a paid professional activity for the next 3 years. In this way, the Government of Spain aspires to alleviate the “pressing” shortage of doctors. But this can only be accessed by those who meet a series of requirements.

Improved active retirement is therefore addressed to a single group: professionals who are part of the National Health System, either by statutory appointment or as civil servants. With this retirement model, doctors, in turn, will be protected against common and professional contingencies, just like the rest of the workers, for which incompatibilities and the exercise of the right to option apply.

The new formula is added to three others that were already regulated since 2013 – active, partial or flexible retirement – and that also offer the possibility of comparing the retirement pension with the service. From the Government of Spain they have defended that improved active retirement is a pioneering project that is incorporated into the National Health System and that demonstrates the commitment of the Executive to reinforce the system as a whole and, in particular, primary care, “the pillar weakened” in recent years.

Who may result from the enhanced active retirement

Primary care health professionals, family doctors and pediatricians may opt for enhanced active retirement, but before doing so they must meet several requirements, the main one being that they have retired as of January 1, 2022 or earlier, accepting the compatibility of the The same type included in the standard approved in May 2021 due to the coronavirus emergency.

Others are added to this condition, such as not having agreed to retirement before the stipulated age. In addition, they must carry out professional work in the public sector, where they will have to be registered and discharged under the same terms as the rest of the workers, although at a legal level they will be considered pensioners for all purposes.

What amount is received with the active improved retirement

Sanitary workers who make retirement compatible with active working life will obtain 75% of their pension and a salary corresponding to a 50% working day. Taking into account the limit to the maximum pension -if it were to apply-, this amount will be calculated from the amount initially set when you retired.

During the time in which the enhanced active retirement is applied, primary care and family doctors or pediatricians will be entitled to receive pension supplements below the minimum if they meet the conditions established for it. Likewise, the supplement for delay of the retirement pension is compatible, without the amount received decreasing either.