HomeLatest NewsThey released a teaser for the new season of the series "Papa's...
Latest News 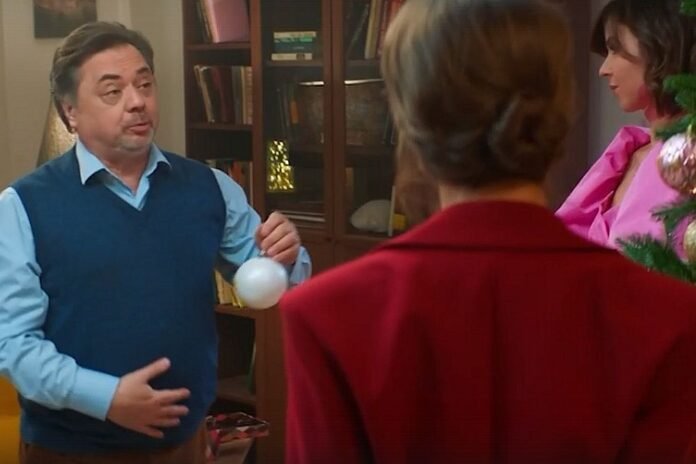 Andrey Leonov (who played the father of many children, Sergei Vasnetsov), Miroslava Karpovich (Maria Vasnetsova, the eldest daughter) and Elizaveta Arzamasova (Galina Sergeevna, the smartest daughter) appear in the teaser.

The series was broadcast on the STS channel from 2007 to 2013. The project at one point was suddenly discontinued, when the heroine girls grew significantly, and representatives of the TV channel dullly hinted that the topic was exhausted.

One of the main mysteries of the series is whether all the actresses who played the daughters of Sergei Vasnetsov will return to the project. For example, Ekaterina Starshova, who played Polina “Button” Vasnetsova in the TV series, is now 21 years old, studies at the Moscow State University Fundamental Medical Faculty and has nothing to do with the film industry. She disappeared from the radar Anastasia Sivaeva, who played Daria Vasnetsova, a gothic mistress. After “Daddy’s daughters” she did not participate in important projects, the girl does not show activity on social networks, she did not announce her plans. A figure in black appears in the teaser, but the actress’s face is not shown. Fans of the series suggested that another actress could appear in the role of Dasha instead of Sivaeva.

Daria Melnikova, who played Zhenya Vasnetsova, the most athletic of her daughters, acts in films and plays. So far, she has not publicly confirmed her participation in “Daddy’s Daughters”.

Share
Facebook
Twitter
Pinterest
WhatsApp
Previous article
New Year’s fireworks canceled in Britain by walrus
Next article
The damage to the energy structure of Ukraine has reached a critical level: “Recovery takes months, if not years”