HomeLatest NewsThis is how the historic rise in the Euribor has affected mortgages...
Latest News 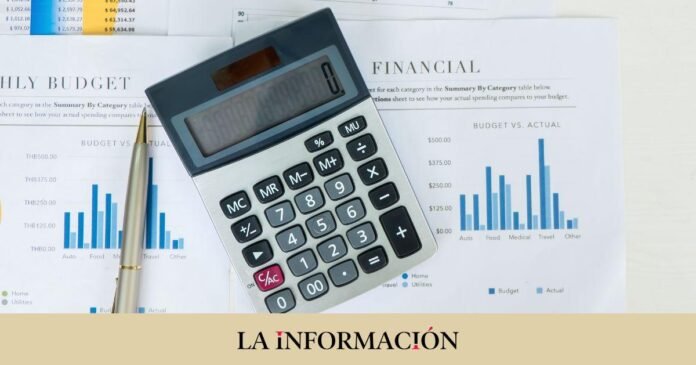 If we go back to January, and even February 2022, no one could predict what has happened throughout this year: on April 12, the Euribor registered positive returns after more than seven years in the negative and, from there , this reference index of variable mortgages has been marked record after record until reaching the highest year-on-year rise in its history: from -0.477% in January to 2.884% that it registers in this month of December, with ten days to go year.

What have been the most notable consequences of this runaway Euribor? On the one hand, the increase in the fees of those mortgaged with a variable rate loan; on the other, the resurgence of the mixed mortgage as a very competitive product in the market; and, also, a change in the mentality of the Spanish when it comes to changing their bank mortgage to improve their conditions and pay less interest.

But what has made the Euribor rise so much? According to Simone Colombelli, the director of Mortgages of the comparator and mortgage adviser iAhorro, “the Euribor is susceptible to what happens in society and the macroeconomic environment greatly affects this indicator.” Therefore, the war between Russia and Ukraine, which began at the end of February and raised inflation to levels of 10%, was one of the causes.

So much so that the rise in the prices of electricity, gas, oil and raw materials caused inflation to even go from the 6.1% registered in January to 10.8% in July. To try to prevent it from going any further, precisely in that seventh month of the year, the European Central Bank (ECB) began to take measures and the star measure was to raise interest rates, which had been at 0% since March 2016.

The rise in rates “remote control” to the Euribor

In this way, “the ECB is remotely controlling the Euribor”, explains the director of Mortgages at iAhorro. And it is that, almost at the same rate that interest rates rise, so does the Euribor. Currently, interest rates are already at 2.5% and the Euribor in an environment very close to 3%. This has helped bring inflation down to 6.8% in November, but it has greatly affected citizens who are already mortgaged, who are increasingly choosing to change their variable mortgage to a fixed or mixed one.

“We could say that, since the beginning of the year, the request for subrogation by users has doubled,” says the director of iAhorro Mortgages. So much so that, in January, 17.39% of the users who came to the mortgage comparator signed a mortgage change, that is, an improvement in their conditions. In August, this percentage was already around 30% and in November it is already at 39.96%.

When assessing this data, it must be taken into account that around three months pass from the start of the process until it is signed, so, if we talk about the request for changes, we would see the turning point in May and the data for November corresponded to requests for September.

Banks bet on the variable mortgage

With the rise in rates and the Euribor, “the banks are also remotely controlling all the demand and supply towards variable mortgages” with the intention of “making fixed mortgages less attractive,” says Colombelli. How? making them more expensive

So much so that, according to data from the iAhorro mortgage comparator, the average fixed rate signed by its users in November, the last month for which data is available, stood at 2.13%, which represents an increase of one point from the month January (1.15%), when the fixed mortgage was the queen of the mortgage market. In addition, as Colombelli explains, “banks are increasingly reluctant to offer a fixed mortgage and, if they do, their interest rates already exceed 3% in many cases.”

Regarding the average of the variable mortgage spreads, we see a drop of up to half a point: from 1.01% in January to 0.52% in November. What’s more, “at iAhorro we have come to sign variable mortgages in recent months with a differential of 0.3% or 0.2% + Euribor,” says the comparator’s mortgage director. Of course, the drop in the differentials in the variable mortgage offers (to which the Euribor data must be added) can only be taken advantage of by users who are now going to contract a new mortgage or those who change their bank mortgage to achieve better conditions.

Users are increasingly opting for the mixed mortgage

With the fixed mortgage so expensive and the uncertainty caused by the rise in the Euribor in the variable mortgage, the mixed mortgage is rising from its ashes to become one of the most chosen products.

During the month of November, 24.14% of the users who went to iAhorro opted for a mixed mortgage (first 5/10 years at a fixed rate and then variable). “We are seeing entities that are already positioning themselves aggressively in mixed, that is, with rates between 0.3 or 0.5 points below those of the fixed mortgage. This makes the mixed mortgage begin to position itself as a very attractive product, even more that fixes it and, of course, that the variable”, concludes Colombelli.