HomeLatest NewsThis is the double function of the Socini clause in inheritances and...
Latest News 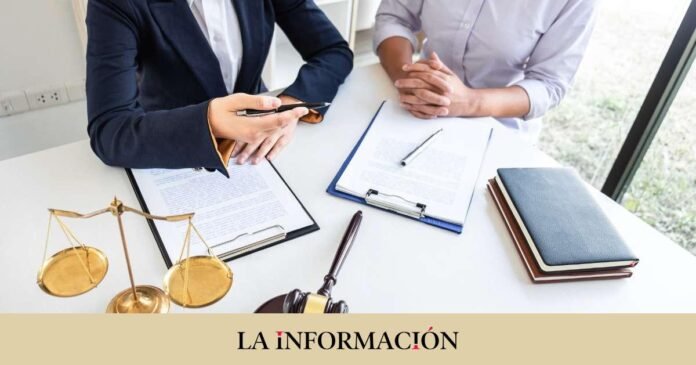 Wills are still documents that account for legal acts and that, to be valid, have to meet a series of requirements or conditions. Likewise, while they may seem like easy paperwork to get things organized between existing heirs, they may also contain clauses, conditions, or requirements that we have never heard of, even though they are common.

For example, a clause that tends to appear quite regularly in wills and which, however, is unknown among people not versed in this area of ​​civil law is the one known as the Socini clause, which can be understood as a condition or sanction tax for the heirs or any other type of beneficiaries of the inheritance by the testator, who draws up the will.

It is a testamentary clause by which the testator can leave the heirs a value greater than their legitimate inheritance as long as a condition or a prohibition is met or, at least, that is how they understand it in law firms and notaries, since it is not a mechanism that is regulated as such in the Civil Code.

How to use the Socini clause

How do you know when and how you can use the Socini clause, then? Thanks to the jurisprudence, that is, to the sentences issued by the Supreme Court in this regard, which determines that, in the event that this clause exists in the will, the forced heirs can either accept the disposition of the will and receive a value greater than the that corresponds to him as a legitimate inheritance or reject this testamentary disposition and receive the part that belongs exclusively to the legitimate firm.

Clean In these terms, it must be taken into account that the legitimate inheritance is the part reserved by law for forced heirs and that it must always be respected unless some of them are mentally disinherited (you can consult the assumptions here).

The two functions of the Socini clause

Thus, the first function of the Socini clause is to establish that another person can enjoy the estate until it is the turn of the forced heirs to take charge of these assets. This condition must be written or reflected in the will, so that its wording and its application are clear among all the recipients of the will.

For example, in the event that the testator has a spouse and he survives him, the former can write a clause so that his partner, a condition of making an inventory of the assets and posting a bond, can have universal usufruct of the assets until his passing. In exchange for allowing the spouse to dispose of the assets, the legitimate heirs will receive, upon his death, a greater part of the inheritance than what would have corresponded to them as legitimate.

Despite this condition, if any of the legitimate heirs considers that the distribution is not fair or is not in favor of allowing the living spouse to enjoy the assets, they always have the possibility of taking legal action in their defense. Of course, always understanding that it will be a dispute over his firm legitimate inheritance, since as a consequence he will lose the rest of the assets bequeathed to him in the will, having broken the provisions of the Socini clause.