HomeLatest NewsThis is the new reference platform for the dissemination of culture and...
Latest News

This is the new reference platform for the dissemination of culture and science. 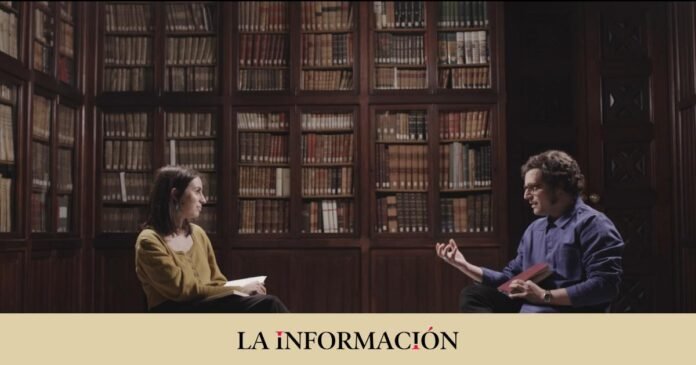 IN COLLABORATION WITH THE “LA CAIXA” FOUNDATION

They are the streaming platforms that offer diverse audiovisual content on the market. However, none of them has set the dissemination, accessibility, uniqueness and universality of cultural content as their objective. To this end, CaixaForum+ was created, a totally free service that makes more than 300 titles, more than 1,000 video and audio pieces and 564 pieces of content available to users in its initial offer.

After the expansion of the “La Caixa” Foundation’s cultural centers, this platform is yet another twist in the commitment to bring culture and science closer to the widest possible public. With the aim of continuing to increase the number of people who benefit from the cultural action of this institution, the project continues its course, taking a leap into the digital world.

The catalog prioritizes the quality of its offered products, with the idea of ​​attracting anyone who is interested in culture and science, regardless of where they are. In this sense, both the most specialized users and those who approach the different disciplines moved by curiosity, will be able to enjoy a multitude of series, documentaries, movies, podcasts, digital art, outreach programs, concerts, operas, and interviews.

The catalog contains a multitude of series, documentaries, films, podcasts, concerts, operas and interviews, among others.

These contents revolve around nine themes: visual and plastic arts, performing arts, music, literature, thought and history, cinema, architecture and design, life sciences and physical sciences. These categories provide internal coherence to a product designed specifically for consumption on screen. In addition, most of its contents are unpublished and exclusive. The rest come from a wide list of collaborators, such as producers, distributors, museums and national and international cultural institutions.

This new on-demand content platform, which has audiovisual content and podcast format, has pieces that start from two minutes —in microdocumentaries— to ten hours —in conversations with great creators. To complement the extensive initial offer that it offers its users, from February 2023 it will release content on a weekly basis with the aim of reaching 400 titles in its first year.

App Store (iOS) or Google Play (Android), in addition to the web version, on smart TVs via AirPlay and, soon, on Chromecast.

The CaixaForum+ platform has no limitation on the number of simultaneous devices, with the only requirement being a stable Internet connection to enjoy the content offered. All titles are available in their original version and are subtitled in Spanish. Likewise, practically all the contents have subtitles in Catalan and the subtitles in English and Portuguese will be progressively increased.

Great attractions of the application

The catalog does not shine just because of the large number of hours and topics it covers. One of the great attractions of CaixaForum+ is, without a doubt, the number of creators of national and international relevance that are present in the titles available in the application, such as Fernando Trueba, Blanca Portillo, Antonio Muñoz Molina, Julio Manrique, Soledad Sevilla, Emilio Morenatti, Bernando Atxaga, Isabel Coixet, Jorge Carrión, Rubén Duro, Rossy de Palma, Santiago Auserón or Carolina Iglesias and Victoria Martín, among others.

Likewise, another of the strengths of this initial offer by CaixaForum is the number of renowned institutions that have wanted to be present in this project. For example, the British Museum provides 63 audiovisual pieces divided into two series, Curator’s Corner and Pleasant Vices. The Museo Nacional del Prado and the Fundació Joan Miró have also worked hard on the production of various titles that will be released on this platform.

In total, this ambitious project has 201 podcasts, 887 videos, 360 documentary series, 72 documentary films, 145 micro-documentaries, 41 documentary short films, 4 fiction short films, 1 fiction film, 21 operas, 54 spectáros, 12 dance concerts, 61 dialogues, debates and conferences, 100 interviews, 20 pieces of digital art and 22 of video art. This large number of titles, which translates into 564 hours of content, has been possible thanks to its own productions and the 90 institutions, products and distributors involved in the creation and training of CaixaForum+.