HomeLatest NewsThis is the price you will have to pay to enter the...
Latest News 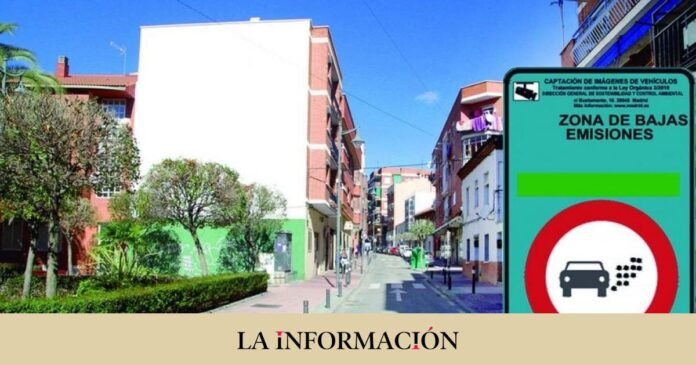 The city councils will be able to create a new rate to charge vehicles that access the Low Emission Zones (ZBE) of the cities and will have a price similar to the cost of parking in a public car park in the same municipality. This has been provided by the Government in the Sustainable Mobility Bill, approved last week by the Council of Ministers and now in parliamentary proceedings with the aim of final approval throughout 2023.

However, the creation of this new rate is optional and the municipalities will not be obliged to apply it. In fact, the municipalities have already opposed it, considering that giving the option of paying for polluting more is not consistent with the sustainability objectives being pursued.

The Spanish Federation of Municipalities and Provinces (FEMP) has argued against this rate: “Low emission zones are intended to adapt the circulation of private vehicles for environmental reasons, a matter in which the principle that it can be polluted does not fit, but paying”.

Thus, municipalities prefer to apply other measures such as establishing moratoriums for hours, days or episodes of air pollution or a combination of all, prohibiting entry to the ZBE except on certain occasions, but without having to pay.

They also argue that the establishment of the tax for pollutants “will generate a necessary social conflict for the mayors and their government.” “The creation of new rates is a very problematic matter because it entails a certain degree of legal uncertainty,” they add in their allegations.

Although the fee is not mandatory, the creation of LEZs will be. In fact, the Climate Change Law of May 2021 established that, before 2023, municipalities with more than 50,000 inhabitants and island territories will have to create low emission zones, which will affect some 150 cities.

One of the most famous rates in the world to access the city center is that of London, since it has been applied since 2003. It currently costs 15 pounds (17 euros), although there are 90% discounts for residents and others for electric vehicles, which in the latter case will disappear in December 2025.