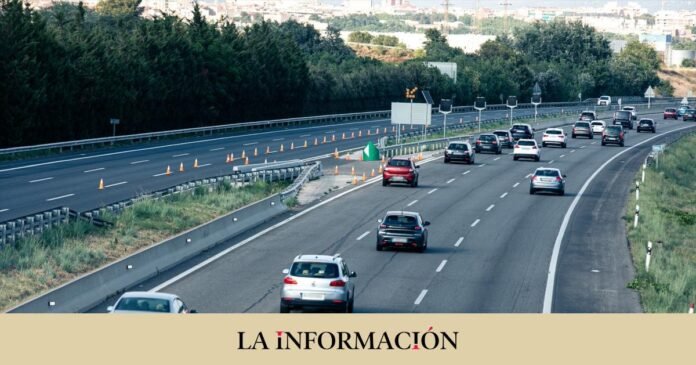 The Government has approved a 4% limit to the increase in tolls on eleven toll highways in 2023 to reduce the 8.4% increase in rates due to the evolution of the Consumer Price Index (CPI) and the effect of extraordinary recharges in three of them, as reported by the Ministry of Transport. The objective, as indicated by the department headed by Raquel Sánchez, is “to help citizens deal with the current scenario of high energy prices, derived from the persistence of the conflict in Ukraine after the Russian invasion, which particularly affects the mobility and to household disposable income”.

In this way, the Royal Decree Law responds to the economic and social consequences of the war in Ukraine and a proposal from the Ministry of Transport has been approved. Specifically, it articulates a mechanism to contain the 2023 rate increase at 4%, which users will bear on the AP-51, AP-61, AP-53, AP-66, AP-7 -7 Málaga-Guadiaro motorways , AP-68 and AP-71, AP-9, AP-6 and AP-46.

At this point, and in line with the Government’s objective of stopping the inflationary spiral and supporting households, it has been decided to freeze the motorway tolls managed by SEITT, which due to financial problems reverted to the State. Between 2023 and 2026, the ministry will subsidize part of the income that the concessionaires will stop receiving next year due to the containment of the increase in tolls.

Specifically, a line of 23.3 million euros is enabled to finance the reduction of the rate increase in 2023 and the obligation is established for the General State Administration to provide the necessary items to partially reduce the increase between 2024 and 2026 so that this staggered sea. “It must be taken into account that the increase in rates is cumulative, hence the need to pass on to the user again the difference that he does not pay in 2023, the year in which they were expected to rise by around 8.38% due to inflation, although little by little, so that it can be assumed in better conditions by the citizens”, explains Transportes.

In the case of the AP-7 Alicante-Cartagena, in addition to the ordinary review by the IPC, an extraordinary 1% increase in rates must be applied to repay a participatory loan that the State made to pay for expropriations, so which, without measures, would rise 9.46%. Even so, it has been approved that next year’s increase is also 4%, so the ordinary increase is limited to 3%, pay attention to the associated compensation, to which is added 1% of the extraordinary.

The AP-46 Alto de Las Pedrizas-Málaga and the AP-9 Autopista del Atlántico must also apply an extraordinary revision of the tariff to generate funds with which to compensate the works carried out to improve the infrastructures and that implied modifying the conditions of the concessions . Thus, although the increases in tolls in 2023 on these roads reach 9.46%, the Government has also decided to limit the increase to 4% and increase the subsidy to compensate for the income that users stop receiving .

Share
Facebook
Twitter
Pinterest
WhatsApp
Previous article
Bleach will arrive at Star Plus Latin America in 2023.
Next article
How the Samara schoolboy Matvey Chemodanov received a grant for the development of a business for the production of flexible bricks as part of the national project “Small and Medium Enterprises” KXan 36 Daily News