‘Triangle of Sorrow’ will be available to view on Kion 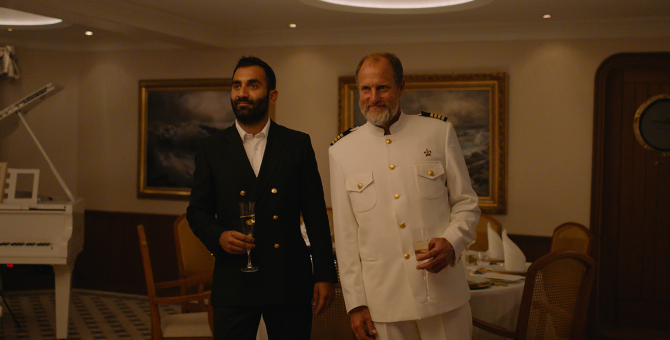 The premiere of Ruben Östlund’s satirical comedy “Triangle of Sorrow”, winner of the 75th Cannes Film Festival, will open on January 5 at Kion online cinema. This is the second most prestigious show award for the director.

After the premiere, the film was shown in dozens of prestigious shows: in Toronto, San Sebastián, New York, Karlovy Vary and Busan. Triangle of Sorrow has already received nominations for the European Film Awards (Best Film and Best Director) and the Golden Globe for Best Motion Picture – Musical or Comedy and Best Supporting Actress.

The main roles in the film were played by Harris Dickinson, Sharlby Dean and Zlatko Buric. According to the plot of the supermodel, Karl and Yaya decided that their relationship should be based on equality and mutual respect. The young men’s life principles are put to the test when they receive tickets on an elite cruise ship.

The ship gets into a storm, and the next morning, it is captured by terrorists. Surviving the attack are only a few passengers and staff members who swim to a deserted island. In isolation, the servants take over for the wealthy, where Abigail, the sole earner, becomes captain.

Previously, Kion showed the trailer for the documentary Big. Season” about the life of the Bolshoi Theater. Look here.