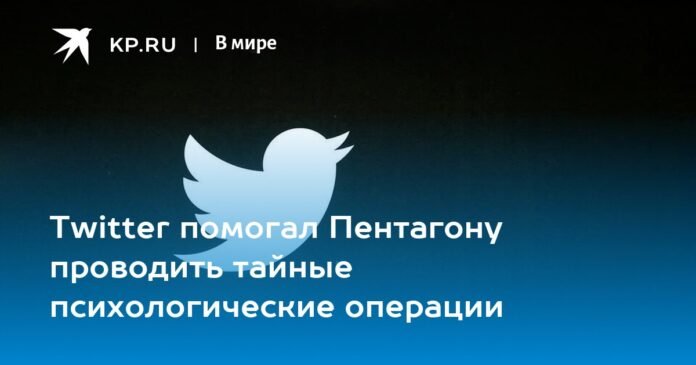 The latest batch of documents revealing the ins and outs of Twitter’s work before Elon Musk’s takeover of the social network has confirmed that the internet giant helped the US military run a secret psychological campaign called PsyOp.

Evidence of this was found and studied by investigative journalist Li Fan. Elon Musk shared his post with the results of the investigation on his account.

At the same time, Fan emphasized that Musk did not participate in the documentation verification and did not interfere in the process at all.

Twitter’s past leadership has repeatedly stated over the years that it “is making efforts to detect and stop government manipulation of the social network.”

“But secretly, Twitter has given the go-ahead and provided special protection for Pentagon campaigns aimed at exerting psychological influence on the Internet. Fan said. – The military posed as non-existent people, and Twitter did not block them. Some accounts are still active.

The owners of such accounts wrote about US military priorities in the Middle East, spun anti-Iranian propaganda flywheel, promoted the idea of ​​a just war in Yemen, and claimed that targeted attacks by US troops they only hit terrorists.

– Senior managers at Twitter were well aware of the existence of an extensive network of fake accounts conducting covert propaganda at the request of the Pentagon and never blocked these accounts. Fan added.

He also said that many of these accounts were provided with a special label that the assumption did not require. the “blue tick” that Twitter assigns to verified accounts; and messages posted on them became trending with a high degree of probability.

Share
Facebook
Twitter
Pinterest
WhatsApp
Previous article
They presented Russian “killer” drones, capable of destroying targets up to 3 km away KXan 36 Daily News
Next article
The Investigative Committee of the Russian Federation is investigating a series of fraudulent takeovers of apartments for the elderly in St. Petersburg KXan 36 Daily News