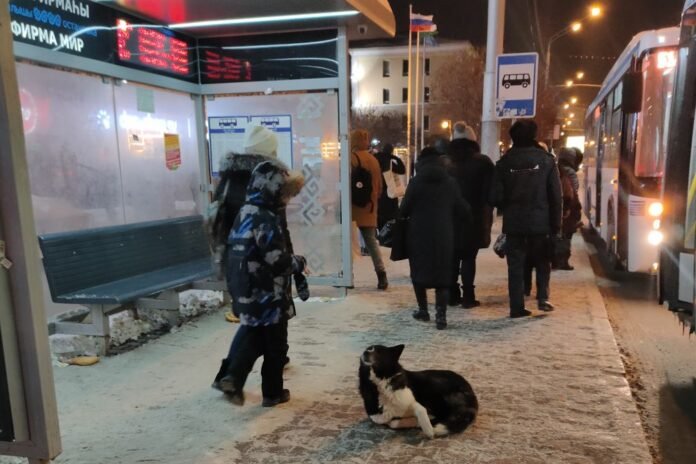 How many animals roam the metropolis in search of food and accommodation for the night? Ruslan Yakhibbaev, Deputy Head of the Department of Public Services and Improvements of the Ufa Administration, answering this question, names the figure of 30-40 thousand.

In 2022, Aktiv LLC and IP Mikhailov won the contest for capturing stray animals announced by the Ufa administration. Both companies have the same founder, which gave rise to rumors that the competition was held “for them.”

– Auctions are held in open spaces. It is impossible to hold a competition “for someone”; it is easy to protest the results: the terms of reference are in the public domain. There are as many as ten companies in Ufa that can provide such services. The market is competitive, but the work is specific: it is difficult to find personnel with certain skills, investments in infrastructure are required: premises for keeping animals and in a car, as well as paying for veterinary services and labor of employees, – said Ruslan Yakhibbaev.

How many dogs do you need to capture to master these tools?

A full cycle (catch, sterilize, vaccinate, keep in a shelter, or rather PVS (temporary detention center)) costs 5-6 thousand rubles per animal. But mechanically dividing the total amount by this number is incorrect. Among the captured dogs, there are some with ear tags, meaning they only need an annual rabies vaccination.

In 2022, “Active” and IP Mikhailov caught more than 7 thousand dogs.

– It is impossible to completely “clean” the city of dogs, a certain amount must remain on the streets, for ecological balance.

We are trying to break the packets. There are a lot of them especially in winter, when animals migrate to the city from garden associations. The work continues until there are one or two marked dogs left in the pack.

No documents – no payment

But even between the executors of the contract, the relationships are complex. When animal rights activist Albina Dolmatova was appointed director of Aktiv LLC, many cheered up: finally, a person who has been saving dogs for years will take up catching. However, after 9 months, the director of Aktiva was replaced. It was then that she shocked the city with a statement that she would release a thousand people, since she had nothing to support them (in the Dolmatova shelter): she received no money for her capture and sterilization work.

– Both companies executing the contract are new players in the market, they have little experience in working with the budget. They did not provide documents for payment on time, although they fulfilled the contract, – says Ruslan Yakhibbaev. – I explained that for the timely development of the allocated funds, it is necessary to adhere to a certain schedule, otherwise you can get into the registry of unscrupulous providers. They told me that there was no one to draw up the documents, there were not enough people. Dolmatova said that she does everything herself: trap, feed dogs and clean enclosures, there is no time left for documentation. After this conversation, only IP Mikhailov leveled the situation. At the end of the summer, I warned the head of Aktiv about the inadmissibility of low work rates. At that time, the development of volumes according to the documents should have reached 50%, but it was 10 times less.

At that time, we already knew about the conflicts between Mrs. Dolmatova and the founder. Then they informed me about the change of director of Aktiv. Multiple subcontractors were hired to fulfill the contracts, and now the capture and paperwork processes run in parallel. Dolmatova caught a certain number of dogs, but did not show documents for payment. She now demands that we pay for her work as a subcontractor, which is impossible: we have a contract with Aktiv LLC, and not with her. There was such a legal conflict. The zookeeper needs to demand money from Aktiv, and not from the mayor’s office, Ruslan Yakhibbaev explained.

Dogs do not appear alone in the street. The reason is always in the person.

– Even if all stray dogs are magically sterilized today, new ones will appear tomorrow, because uncastrated dogs living in the yards of private houses will multiply. Until we eradicate the cause, nothing will change. Together with the deputies of the State Assembly, we want to enshrine in legislation such regulations as the mandatory microchipping of domestic animals, the castration of individuals who are not of interest for breeding, the tightening of liability for dishonest keeping of a pet, – said Ruslan Yakhibbaev. – We analyze each case of dog bite. As a rule, it is not stray animals that attack people, but those that are alone. It is prohibited, but it is difficult to fine owners for this if the dog is not microchipped. But if we catch such a dog, scandals will ensue. For example, in the private sector of the Kalininsky district, local residents blocked the hunters’ car for almost a day and demanded that the dog, which was left alone, be returned. In another case, a man, who was refused to release a dog trapped in the street, sped in a car, collided with a capture service worker, knocked him over, and while on the hood, drove down the road and he threw it into a ditch. And how many times has it happened that the traps were simply sprayed in the face with gas from an aerosol can? But nobody talks about it.

Not a friend, not an enemy, but…

The view has taken root in society that officials with trappers are on one side of the barricades and animal rights activists are on the other. And dialogue between them is impossible by definition. In conflict situations, both appeal to a society that is also heterogeneous. Videos or stories are posted on social media every day about the cruel treatment of stray animals on their hands by trappers or people calling themselves animal rights activists. It is difficult to understand how true this is.

– Among animal rights activists there are not entirely adequate or with a clear selfish interest, but there are honest, sincerely concerned about the fate of animals. We cooperate with such people, – assures Ruslan Yakhabbiev. – Regarding the control of contractors’ work, it is carried out constantly. The employees of our department receive all the information: photos, video recording of the capture procedure itself with reference to the location of the procedures performed, photographs of the dog after the operation, the drugs used.

The most difficult problem is the housing of the captured animals. They rarely find good owners, and most return to the cold streets.

The shelter, which has been talked about for many years, has not been built, and against this background, the idea of ​​​​private investors to create a “dog city” no longer looks so absurd – on a separate large territory, where Los zoo volunteers will have access. RG-Nedelya wrote about this in its February 3, 2021 issue.

Ruslan Yakhibbaev: It is impossible to completely “clean” the city of dogs. Photo: Petr Konnov

Share
Facebook
Twitter
Pinterest
WhatsApp
Previous article
66% of Spaniards assure that embezzlement is changed by taking out the PGE
Next article
Butler of the British royal family: “Tears will soon be shed in Sandringham”