HomeLatest NewsUnicaja will debut on the Ibex with the greatest potential of the...
Latest News 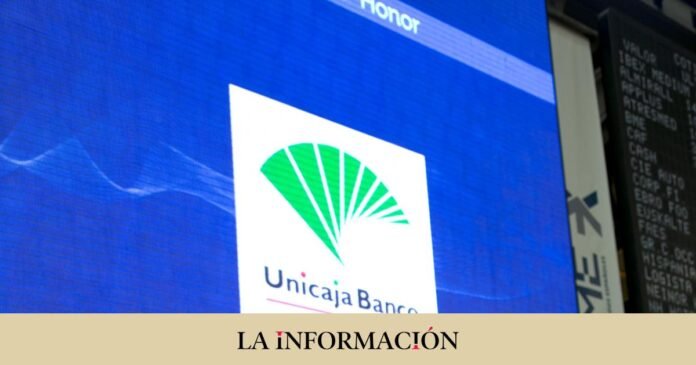 Another bank sits at the Ibex 35 table due to the end of the Siemens Energy takeover bid that has left it on the verge of being delisted.

In this way, the Ibex 35 completes its transformation this December, which began with the departure of the pharmaceutical company Pharma Mar and the entry of Logista. It also returns to honor his name and will once again have a composition of 35 values ​​instead of 34 shares, as has happened for almost two weeks due to the Gamesa situation.

In addition, the stock market reference significantly increases the weight of the banking sector to nearly 30% due to the incorporation of Unicaja, with a coefficient of 80% with respect to its total capitalization, but also because the giant Caixabank participated on behalf of Criteria and the FROB, It has gone from weighting 80% to doing so for 100% of its market capitalization, according to the criteria of the advisory committee on BME indices.

Unicaja Banco joins the Ibex 35 in the race. Since its entry was announced on December 19, its shares have shot up 10% on the stock market, from 0.94 to 1.04 euros per share. Despite this, the Andalusian entity maintains ample potential for growth according to the consensus of Bloomberg analysts. Specifically, the 12-month target price for the bank chaired by Manuel Azuaga stands at 1.33 euros, 28% more than on Friday.

Only Banco Santander exceeds this potential with 41% at the close of the last trading session, a difference between the 2.79 euros it marks on the stock market and the 3.95 euros of its theoretical value. Banco Sabadell and BBVA are tied in this ranking with a journey to their theoretical value of 21%, which stands at 1.11 and 6.9 euros, respectively. For Bankinter and Caixabank, the potential is reduced to 13% and 12%, respectively, according to the experts who follow their actions.

Unicaja currently has a market size of more than 2,700 million euros, half that of Bankinter or Sabadell, but barely a tenth of that of BBVA or Caixabank. Its shareholders also have a relevant cover letter. The Unicaja Banking Foundation controls 30% of the capital, while the Domínguez de Gor family from Malaga, owners of the Mayoral textile company, have almost 8% of the shares.

The former hard core of Liberbank made up of the Fundación Caja Asturias (6.5%), the ‘hedge fund’ Oceanwood (7.4%) and Ernesto Tinajero (2.9%) also maintains a substantial shareholding weight, where There are also great fortunes such as Tomás Olivo (5%), owner of the Socimi General de Galerías Comerciales; investment firms such as Santa Lucía AM (2.3%), Fidelity (1.3%) and Vanguard (1.3%) or the Norwegian sovereign fund that has 2% of the capital, according to Bloomberg data.

Regarding the latest results, the Malaga-based entity earned 260 million in the first nine months of the year, 67% more than in the same period of 2021. Unicaja increased net commission income by 11%, at the same time which reduced administrative expenses by 8.5%, up to 586 million, taking into account the synergies of the restructuring plans after the merger with Liberbank, the lower credit write-downs, which fell 40% year-on-year. As of September 30, the bank led by Manuel Menéndez had a total of 966 branches, compared to the 1,368 with which he fired 2021. Regarding the number of workers, the workforce has been reduced in the same period from 9,264 to 8,063 people .