HomeLatest NewsUnions and CECA will adjust the salary increase to the CPI with...
Latest News 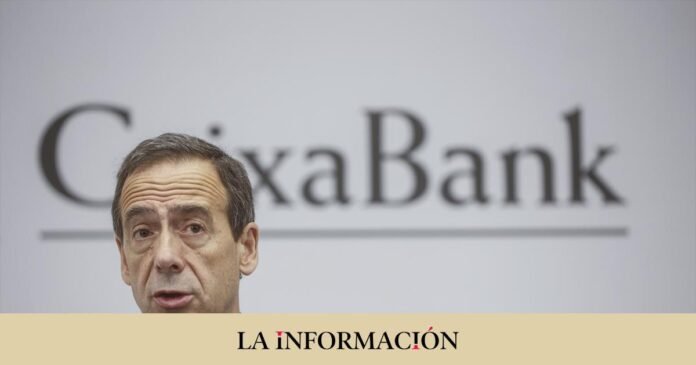 The workers of the old savings banks are the only ones, within the financial sector, whose agreement, which contemplates a 1% increase for this 2023, has not been reopened to negotiate a salary increase that mitigates, in part, the attacks of a inflation continues to run amok (in December, prices closed at 5.8%). However, the union sources hope that in the next few days the CECA employers will summon them either in person or by telephone to resume the talks.

From CECA they already indicated at the end of December that they did not expect news until they could analyze the results of the 2022 financial year and the definitive closure of inflation. But everything points to the fact that, with the price rise data already on the table, and the accounts also closed, the next step would be to resume negotiations, which have been suspended since the end of October. In addition, the reopening of bank agreements and rural savings banks with the connivance of their corresponding employers puts more pressure on CECA.

The review would affect all associated entities, CaixaBank, Kutxabank and Cajasur Banco, Abanca, Unicaja Banco, Caixa Ontinyent and Colonya 2 3 Pollença, among others. In total there would be 59,320 employees, where Caixabank would be the most affected, with 45,000 workers, so a wage increase would have a strong impact on cost containment, in which the entities are fully involved, especially for 2023, one year also with great economic uncertainty, because it is not yet known how the rise in rates will impact the economy.

The starting point would be an increase of 4.5%. “It is the problem of being the last ones,” say union sources. It must not be forgotten that before the end of 2022, unions and employers had reopened the agreements of the AEB, the rural savings banks and the one representing credit cooperatives. In all these cases, the advanced progress has been 4.5% for this 2023, compared to the 1.25% and 1% previously agreed. In short, these agreements regulate the salary conditions of almost 100,000 workers.

However, after the agreement, some entities made modifications, such as BBVA or Banco Sabadell. Thus, Banco Sabadell will apply a minimum increase of 600 euros to all workers, regardless of whether or not they receive salary supplements. For its part, the entity chaired by Carlos Torres will apply a 2.5% increase to all workers who receive supplements. On the other hand, 60% of the Banco Santander workforce will be left out of this increase due to salary supplements.

However, this improvement will not be the only one. Both the AEB, as well as UNACC (the employers’ association of the credit cooperatives) or Asemec (which brings together the rural banks) agreed together with the UGT unions and the Workers’ Commissions to meet again in February and March to discuss whether to continue improving wages, but already taking into account the final results of 2022 and the final inflation data for December. In this sense, everything indicates that the unions will fight for a new improvement. “Workers have lost purchasing power since salaries have risen by 5.25% in recent years, while the rise rose 6.5% in December 2021 and 5.8% in 2022”, these points out. same sources.

The role of Caixabank in the negotiation

Caixabank could be the biggest obstacle to this negotiation, since it presented its strategic plan for the period 2022-2024 in May in which it presented tight control of costs. According to the document, the efficiency ratio would stand at 48% at the end of 2024, after lowering it from the current 54%. In the third quarter, recurring expenses barely grew by 1.1% and the efficiency ratio increased, a decrease of 209 basis points in year-on-year terms.

All in all, the unions have asked employers for an increase of between 4 and 4.5%, but with the commitment to compensate for the loss of purchasing power both in 2023 and 2024. According to data from the Ministry of Work corresponding to November, the revisions of the salaries included in the agreements contemplated an increase of barely 2.69%, although it supposed that it would improve slightly compared to the 2.64% registered in October. Even so, it is far from the inflation data, since in November inflation closed at 6.8%, to fall in December to 5.8%.