HomeLatest NewsVaikule in disgrace appealed to the Russians
Latest News

Vaikule in disgrace appealed to the Russians 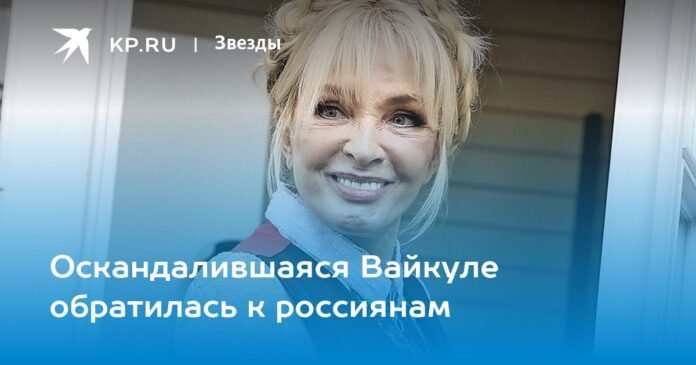 Laima Vaikule for the first time after a high-profile scandal publicly addressed the Russians. In early December, the singer declared herself “the breadwinner” of the USSR. According to her, she “kept the philharmonic, kept the Soviet Union.” These statements sparked a wave of outrage.

Laima Vaikule surprised the Russians. Recently, the singer has regularly been at the center of scandals. It all started with her negative statements about Russia. Then the vocalist even announced that it was she who ensured the well-being of the Soviet Union. However, a month later, the Vernissage interpreter suddenly backed down.

The celebrity recorded a Christmas message. She wished the Russians a Merry Christmas.

“Dear friends, colleagues! To everyone I love, or to those I really don’t like. To everyone who loves me, I wish you all a Merry Christmas! After Christmas, may your days be white, clean, bright , sunny. In a word, I love you all very much and I congratulate you. Be healthy,” he addressed the people in Russian.

It should be noted that since the start of Russia’s special operation in Ukraine, 68-year-old Laima has turned her back on Russia. The Russians don’t understand how a female vocalist can treat the country in which she made her brilliant career so badly. Such celebrity accusations are pretty tired. Therefore, in one of the interviews, take it and say: “I supported the philharmonic society, I supported the Soviet Union, releasing my records. I’m not talking about Alla. She supported all this Russia, which now presents something for her We have earned so much money for the USSR, it’s a shame to say it.”