HomeLatest NewsVladimir Putin, board of the Ministry of Defense of the Russian Federation...
Latest News

Vladimir Putin, board of the Ministry of Defense of the Russian Federation December 21, 2022: live broadcast 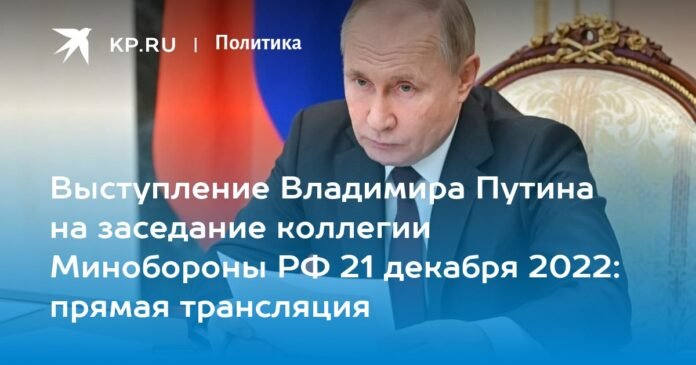 During the meeting, which will be held at the National Defense Control Center, the results of the activities of the Armed Forces (AF) of the Russian Federation this year will be summarized, as well as the tasks for 2023 will be set. Russian Defense Minister Sergei Shoigu will make a report.

Recall that last week, on Thursday, December 15, Russian Russia held an operational meeting with members of the Security Council of the Russian Federation. As the KP.RU website wrote, the head of state considered issues of ensuring security in various areas. In addition, issues of interaction with neighboring countries in certain areas were discussed.