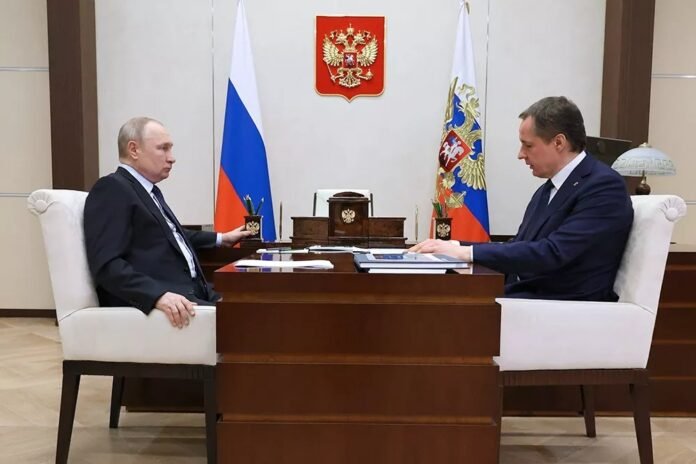 The Governor recognized that security is the main concern of the region at this time. According to him, since the beginning of the Ukrainian shelling in the region, 25 people have been killed and 96 injured. “Ukraine, the enemy, is shelling peaceful settlements,” he said. According to him, the authorities of the region provide material assistance to the relatives of the killed and wounded civilians in the same amount as to military personnel in the zone of the special military operation.

Schools also suffer from Ukrainian shelling in the Belgorod region. “In 11 municipalities, today we have children in remote schools and kindergartens, because we have more than 50 affected budget establishments, including 16 schools,” said the governor.

In addition, around 6,500 inhabitants of the region were displaced from their homes due to the shelling. In total, about 2.5 thousand houses and apartments were destroyed in the region. And about two thousand of them were repaired at the expense of a fund formed at the expense of business. Gladkov asked the president for help in building housing for people who had lost their homes.

According to the governor, an information war has been launched against the inhabitants of the region; for example, fakes are spreading that tanks are allegedly coming to Belgorod, calling on local residents to flee the region. According to him, in the first months of the NWO, people were not ready for this, but now they already understand how to distinguish the truth from lies. “Our people are not so easy to fool, given nature,” Putin replied.

The governor also said that if earlier in the Belgorod region one of the first toasts was to the Airborne Forces, now it is to air defense. “They raise their glasses to the guys who protect our people,” the governor said. The fighting shows that Russia’s air defense is one of the best in the world, the president said. “Everything passes, but in general the system works correctly,” he said. Putin again recalled that Russia produces more than three times as many missiles, analogous to the American Patriot. “Russian production is comparable to the entire world production,” he added.

The President thanked the Governor for the stable work in difficult conditions in the NMD border area. He noted that he had repeatedly discussed the difficulties facing the region with Gladkov over the phone. “All your measures aimed at stabilizing the situation are effective. I think that the experience gained will be useful in any case, I want to thank you all for this,” Putin said.