HomeLatest NewsVodafone will start the salary review in January after raising rates with...
Latest News 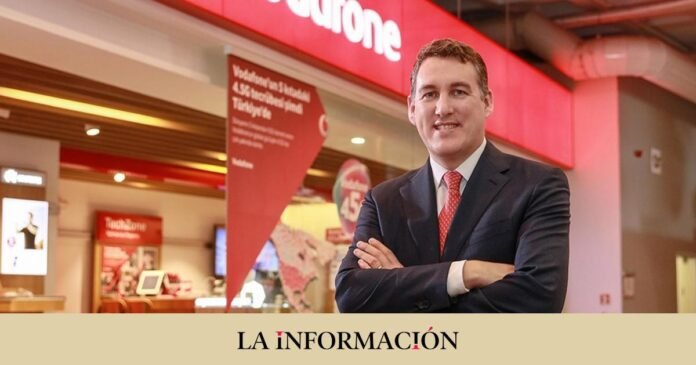 Orange has just sealed peace with its squad through a two-year salary agreement. Telefónica has already assured that it will comply with the clause that obliges it to compensate employees for the loss of purchasing power and will discuss the details after Christmas. And now it’s Vodafone’s turn. The third telecommunications operator in Spain will start negotiations with the unions in January to carry out a salary review that absorbs the impact of inflation on its 4,000 employees. It will do so after raising all its rates with the CPI and it will be the only one that linked it.

The month of November was a key moment. It was the deadline for both Vodafone and unions to denounce the collective agreement to start a negotiation with which to build a new framework for labor relations in Spain. None of the parties made a move. According to what union sources explain to La Información, this was a change from which, starting in January, both parties sat down at the table to seek relevant salary compensation. There is no specific date to start the talks, but the same sources speak of the coming weeks.

Vodafone official sources insist that its fiscal year runs from April to March of the following year. According to his agreement now automatically extended with the same conditions, the salary review is made with effect from July 1. In theory, there are more than six months ahead for it to become effective. But from the unions they will press for some kind of gesture or compensation to be carried out for these months. The worst of inflation has occurred in this second part of the year 2022 and will continue during the first months of 2023.

“The budget for the next financial year is not closed and the increase and conditions that can be carried out have not yet been decided,” explain the same official sources of the operator. It must be taken into account that there is some concern among the workforce because the British operator is the only one that does not have any group of its workforce linked to the CPI). It is linked to two financial parameters: service revenues, that is, those that come from ‘traditional’ connectivity products, and profitability (Edit) in the previous year. A maximum of 2.5% was reached in case of exceeding 105% compliance.

Fixed financial targets that will serve as the basis for those increases are not made public. In the first fiscal semester of the British company, which runs from April to September, service income decreased by 4.5% to 1,782 million euros. The company attributed it to the commercial war and the turn towards the ‘low cost’ of the Spanish market. Adjusted gross profit (Ebitda) remained stable after cost efficiencies and the tax refund corresponding to a favorable court ruling in a fight with the Treasury.

Orange has been the first to shake hands with union representatives before the rise in prices. A couple of weeks ago, it agreed with the workers’ representatives an increase of up to 6% (for employees with a fixed salary of less than 37,500 euros) in wages with a two-year extension of the collective agreement. The agreement contemplates that food aid will be extended to part-time workers and will block up to ten euros a day in 2024 and occasional teleworking will be extended to 12 days. For its part, Telefónica will also sit down in January to carry out the compensation proposed by agreement. Given the concern of the staff, the company has announced that it will comply with the clause and adjust wages.

The entry into force of the salary review is set for July 2023, according to the agreement, but the unions seek prior compensation

Vodafone’s workforce has been especially punished in recent years due to the various cuts made due to the narrowing of profit margins and the loss of sales. In 2021, he executed his fourth ERE in Spain: after the negotiation, he stayed at 442 departures with 50 days per year worked and said goodbye to his own stores that still affected the country. Its workforce stood at the close of March 31, 2022 at just over 4,100 employees. Two years before there were 200 more. Now, the company announces an adjustment plan with which they intend to cut spending by 1,000 million euros globally, not only in Spain. There is certain reluctance in the local teams before the possibility of a new ‘snip’.

Other definitions in the large company

Vodafone is the only one of the four large operators that has announced that it links its rates from 2023 to inflation. It has been announcing it to its clients since last summer. A few weeks ago he began to specify the coup: it will be a medium of 4 euros per month, with 5.5 euros in the convergent fiber and mobile packages. The scale used by the telecom is 6.5% on average, taking as a reference the average year-on-year CPI between October 2021 and September 2022. Telefónica has chosen another formula: increase due to the increase in costs associated with the service. It does so without an improvement in services and with an average of 6.8%.

In addition to the large telecoms, measures have also been taken to try to alleviate the effects of inflation in other large companies in Spain. Some have opted for controversial linear increases for the entire workforce, as is the case of Iberdrola, which has paid an extra payment of 1,000 euros this month. On the banking side, employers agreed to an increase of 4.5% for 2023 (initially 1.25% had been expected). In energy, Naturgy agreed to the new agreement with increases of up to 3% for this year, while Repsol guaranteed the increase with the CPI