HomeLatest NewsVolkswagen showed for the first time the interior of the new ID.7...
Latest News

Volkswagen showed for the first time the interior of the new ID.7 sedan. Soon to become a series – Rossiyskaya Gazeta 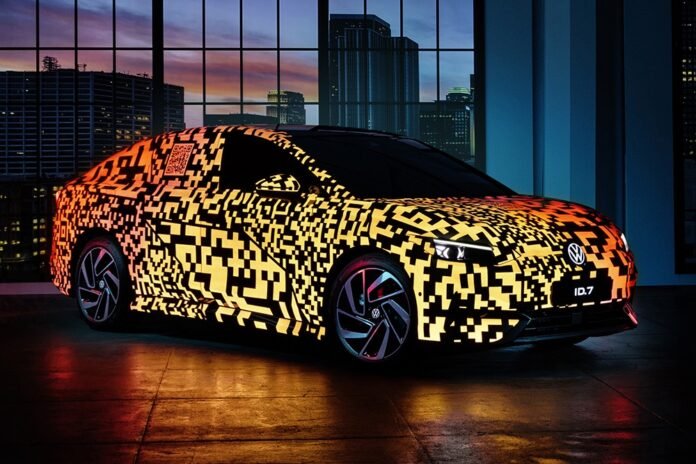 The ID.7 will make its public debut at CES in Las Vegas, which opens in one day. Apparently, the location of the debut explains the company’s efforts to camouflage the prototype. The body is not glued over with a film, but painted with forty layers of special conductive paint, which allows you to highlight certain areas. The light pulse can be synchronized with the rhythm of the music.

There aren’t many technical details about the new product. The company confirmed that the Volkswagen ID.7 is based on the MEB platform. Known wheelbase: 2.97 meters. Close-up photos of the prototype show the structure of the optics. Of course, it will be smart matrix, and it is possible that the headlights can project indirect images directly on the road.

For the first time, the interior of the new Volkswagen ID.7 was officially shown with a small display on the dashboard and a large multimedia display, into which the climate control controllers were also “sewn”. In the central tunnel there is nothing but niches under the sliding curtain, the transmission selector is placed on the steering column; this solution is already becoming a trend.

Volkswagen ID.7 is the sixth model of the ID family. And the second global model based on the MEB architecture. The main markets for the car will be North America, Europe and China. The launch of the model for the EU will be organized at the Emden plant, where the ID.4 is assembled.