HomeLatest NewsWhat house can you buy if you win the Christmas Lottery Jackpot...
Latest News

What house can you buy if you win the Christmas Lottery Jackpot prize? 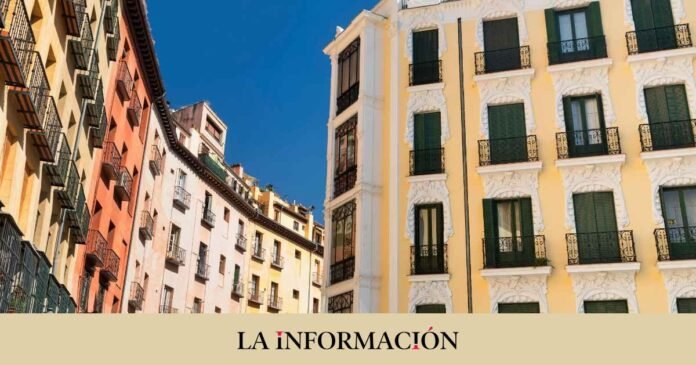 The Christmas Lottery Draw, this Thursday, December 22, is marked on the calendar of millions of Spaniards who place their hopes in each tenth played. Most of them expect to face the ‘holes’ and pending expenses, but without a doubt, among the most ambitious dreams reigns the power to acquire a new home, either for the summer, to be able to move to a larger one or to cut the cycle shared flats and rental contracts.

Large cities present a problem of supply and access to housing that has limited the possibilities of many citizens to acquire a new residence. The problems are not limited only to the difficulties in dealing with the entry of a new apartment, but also to the demanding requirements that these must meet in order to be granted a mortgage, for which reason paying a house in cash is drawn as a A dream come true.

‘El Gordo’ endows the lucky winners with a prize of 400,000 euros, which after the respective taxes leaves an amount of about 328,000 euros. This cuts the budget to get a new home, but it does not make it impossible, in fact there are quite a few locations throughout the country where you can get a large-sized residence without having to spend the money earned by fortune.

The ten areas of Spain with the cheapest prices

Despite the fact that the price of housing tends to be higher, some areas of the Spanish territory offer options for this budget. The ranking of most affordable areas is led by Castilla-La Mancha and specifically by Ciudad Real, where the average price per square meter in November was 753 euros, which makes it possible to find 100 m2 homes from 90,000 to just over 200,000, according to data collected by Idealista. It is also possible in the province of Cuenca, where it stands at €798/m2. In the south, the province of Jaén, with an average price of €825/m2, also offers the opportunity to get a home within this price range.

It is closely followed by the region of Toledo, where land costs an average of €841/m2 and is the most interesting option near Madrid. However, it is necessary to take into account that the price in the city almost doubles this value, since November closed at €1,461/m2 on average, which leaves an apartment of these dimensions close to €150,000 on average.

Although if, on the contrary, you prefer to choose the northern limit of the Community of Madrid, the province of Ávila, in Castilla y León, has an average price of €864/m2 and the city of €1,146/m2, so We can find apartments with these characteristics for a value of around 120,000 euros. In Teruel, where the m2 is sold for €892 on average, a 100 m2 home could be bought for less than €100,000, leaving more than half of the prize available to carry out the reforms that may be needed.

What is the best area to invest in Madrid?

Usera also offers many possibilities, where the price rises to €2,195/m2, but it is an area in constant revaluation, as reflected by the 9.8% increase in its value throughout 2022. Something similar occurs in Carabanchel , where the square meter sells for an average of €2,319/m2, so if you want to exhaust the prize in its entirety, you can buy a house of up to 100 m2 with ‘El Gordo’. In addition, the value of m2 in this area of ​​the capital has grown by 9.5% in the last year.

Where is it better to buy a new apartment in Barcelona

The Gràcia neighborhood is totally out of the budget, unless you opt for a small apartment of around 60 square meters, since the price of each one of them is €4,573. The same would happen in the Eixample area, for €4,823, the amount of the prize reached to get a small studio, although it would imply liquidating all the money.

However, the city of Barcelona has other neighborhoods such as the Sants-Monjuïc district, where a 300,000 apartment can have up to 100m2 and the most modest, 80m2, would not exceed 280,000, which would leave a margin of around 50,000 to allocate to other whims or even renew the car.