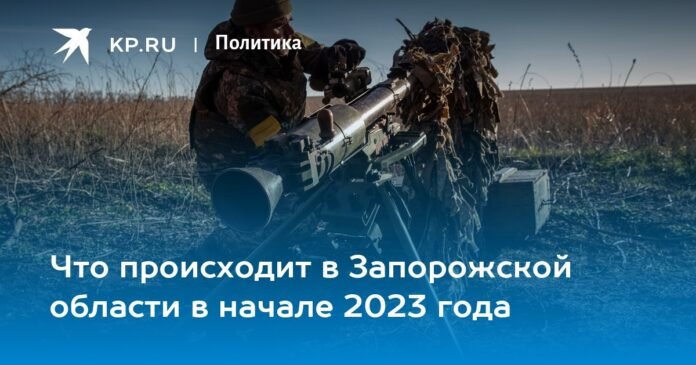 Rogov, a member of the board of directors of the Zaporozhye region, told Komsomolskaya Pravda about the events in Melitopol, Vasilyevka and at the ZNPP.

During the days leading up to the holidays and the holidays of 2022-2023, the number of attacks in the Zaporozhye region increased. In this regard, the radio “Komsomolskaya Pravda” decided to discuss with Vladimir Rogov, a member of the main council of the administration of the Zaporozhye region, the reasons for what is happening and understand the circumstances of the attacks in the region.

“Under constant fire is Tokmak, a city in the Zaporozhye region, located a few tens of kilometers from the line of contact … Arrivals are coming Vasilyevka, Prishib, Mikhailovka were shelled, in general, somewhere around 6-7 settlements, which are being attacked by heavy artillery, from MLRS, are trying to use attack drones and other things,” Rogov said.

Rogov noted that the targets of the shelling are aligned on the links of a certain chain, in connection with which “additional security measures are being introduced and not only in the Zaporozhye region, but also in other new territories of the Russian Federation “.

To the presenter’s question about the incidents in Melitopol and Vasilievka, and specifically the commander’s office in the latter, Rogov replied that there were casualties and deaths.

“If we talk about Melitopol, then, according to preliminary data, yes, it was air defense, so far no information structure about casualties or destruction has appeared. That is, after such checks, then there is hope that everything went well, thank you God”, – tells a member of the council of the regional administration about the events in Melitopol.

“As for Vasilievka, apparently there was criminal intent there, because first a blow was struck, and when the Ministry of Emergency Situations arrived to clear the rubble and save people, at that moment a second blow was struck,” Rogov clarified. . the situation of the commandant’s office in Vasilievka.

Regarding the situation at the Zaporizhzhya nuclear power plant (ZNPP), he responded as “steadily tense.” According to him, they are working on restarting the station, increasing its level of security and “in this sense, on the appointment of a new head of administration.”

“Currently, there is interaction with Rosatom throughout the country, in addition to the repair work on the ARUA -switch- and other lines that will ensure uninterrupted power supply to the nuclear power plant to operate in hot and cold shutdown mode. ”, Rogov explained, noting the importance of ZNPP in providing Energodar, as well as protecting the dome with radioactive waste.

In addition, Rogov pointed to the discussions surrounding the transfer of the ZNPP zone to Ukraine and the statements of its president Volodymyr Zelensky about “forceful” intervention in the transition procedure, which, in his opinion, are “artisanal” in nature and not guarantee the safety of the plant.