What months are the extra pension payments collected? 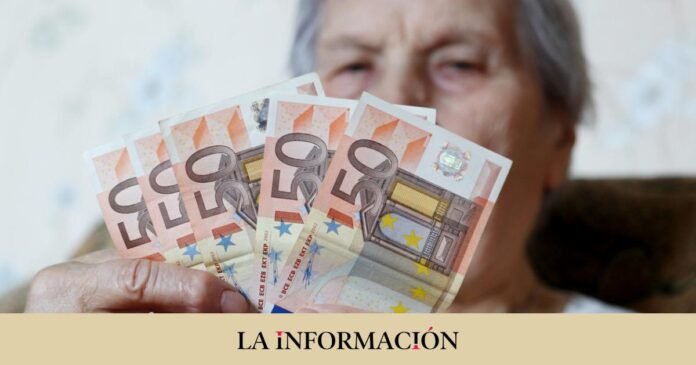 The end of the year is approaching and expenses skyrocket this season. Christmas banquets and gifts require an extra financial effort that, in some cases, costs more to face. If we add the inflation of current prices to this time of more expenses, it is not surprising that many pockets have been waiting for the extra pay like water in May.

Among them are pensioners, whose benefit is also divided into 14 payments, like many salaries, according to Royal Legislative Decree 8/2015, which regulates the General Law on Social Security. The collections of the two extraordinary payments contemplated in retirement pensions are received in summer and winter, thus dividing the year in two and providing a slight economic relief for Christmas expenses and summer vacations.

Thus, for the next 2023, the first extra of next year will be charged in the last days of June and, for Christmas, in the last days of November. In addition, it is expected that next year there will be an increase in the amount receivable after adjustments to the CPI. The expected revaluation of pensions is 8.5%, although the Minister of Inclusion, Social Security and Migration, José Luis Escrivá, does not rule out that it ends up being higher than this estimate.

That pensioners do not charge extra payments

Not all pensioners charge extra as such, although the corresponding amount is received prorated in the monthly charges. Pensions for permanent disability, which are collected because the worker has suffered an accident at work or an occupational disease, will be divided into 12 payments, including the amounts of the extras. That is, they will not charge an extra at Christmas or in summer, but throughout the year the monthly income will be somewhat higher.

Thus, the pensions that include the payment of an extra pay in these two months of the year are those for widows and orphans, pensions in favor of relatives, retirement, and permanent disability provided that this is not caused by an accident or labor related to work.

How much will the bonuses go up next year?

The Minister of Finance announced at the time that, after the approval of the General State Budget, pensions would rise by at least 8.5% next year to offset the same rise in the CPI, a figure that was consolidated with the inflation data. Registered last November.

Thus, each and every one of the payments received by pensioners will rise by the same percentage, including the summer and Christmas bonuses, since they are considered two of the 14 payments received by this population group. The minimum retirement pension will be at least 966.19 euros in 2023, as planned for the moment, for those who have a dependent spouse. Those who do not, will receive 783.04 euros per month. Similarly, the maximum pension to receive will also rise and, for the first time, will exceed 3,000 euros per month in all payments.

Of course, what pensioners will stop receiving next year will be the so-called paguilla, the compensatory payment that was entered at the beginning of the year with the value of the difference between the increase in pensions and the CPI. With the new revaluation system for public pensions, which came into force on January 1, contributory pensions are revalued each year according to the interannual CPI variation and, therefore, it is no longer necessary to implement a compensatory system due to the fact that the payments will be revalued based on real inflation.