HomeLatest NewsWhat will happen to the prices of taxis in Moscow on the...
Latest News

What will happen to the prices of taxis in Moscow on the New Year holidays? KXan 36 Daily News 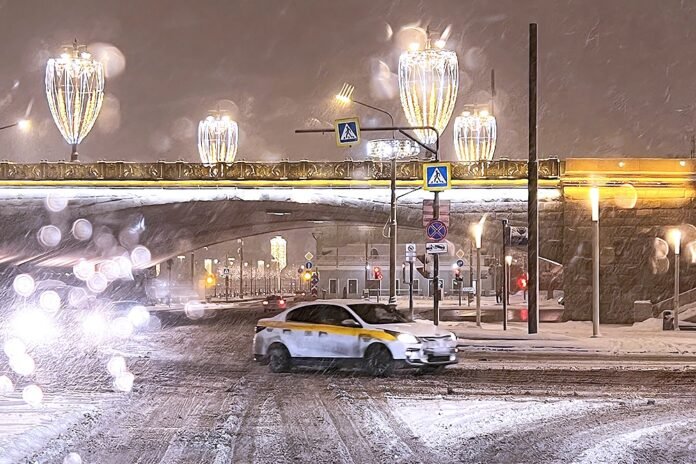 Moscow Deputy Mayor Maxim Liksutov recalled that every day more than 1.6 million passengers are transported by taxis in Moscow. The holidays will not be an exception, quite the opposite: the demand will undoubtedly increase. “Therefore, we ask all aggregators to set the usual prices for passengers. Taxi service must first and foremost always be safe, affordable and convenient for the majority of residents,” said the deputy mayor.

The Yandex.Taxi service has already responded to this request. In a Business FM comment, they said that the cost of a kilometer or a minute of travel before the New Year does not change, but the final price is made up of many factors, from the demand and availability of free cars near the customer to the traffic congestion. If the demand is high and there are not enough cars, then a multiplying factor automatically kicks in.

More than 1.6 million passengers are transported in taxis in the capital every day

In a word, the logic is standard: higher demand leads to higher prices. Muscovites and residents of other regions know this very well. For example, during snowfall or freezing rain, the usual trip to the subway can cost several times more than usual. There are a lot of people who want to leave, which leads to an increase in cost. This removes some of the clients; otherwise there won’t be enough cars for everyone anyway.

However, this is not the first time that taxi drivers have admitted to the media that the increasing coefficients are sometimes supposedly artificially low. The demand seems high, there are traffic jams on the roads, but the price of the trip does not change much. However, New Year’s Eve trips are usually more expensive. Last year, Yandex Go conducted a study and found that on December 31, a taxi is the most expensive from 20:00 to 22:00 – people go to visit or closer to the city center. The next increase in prices occurs after midnight and lasts until about 2:30: someone returns home, while someone, on the contrary, continues to celebrate.

Taxi drivers point out that the price increase on New Year’s Eve is understandable. First of all, drivers would also like to celebrate the holiday with their families, and they are unlikely to agree to work for regular income. Second, working on holidays is often more difficult – many passengers are drunk. But still, it is one thing to raise the price of a trip by a third, and another – sometimes.

The increase in demand usually persists during the New Year holidays, but it all depends on the specific day, time and the weather itself. Often you have to overpay in the range of 20-30 percent compared to the usual prices. Although for Christmas prices rise more strongly, as well as demand. By the way, even now it leads to an increase in the price of a taxi – traffic jams in the city on New Year’s Eve, which also affects the cost of the trip.

Share
Facebook
Twitter
Pinterest
WhatsApp
Previous article
How to make sourdough bread at home with the new Lekue kit, flour and water
Next article
Geopolitical Astroforecast: In 2023, the world will return to the equilibrium that prevailed before 1991