HomeLatest NewsWhen unemployment is collected in January: these are the new amounts after...
Latest News

When unemployment is collected in January: these are the new amounts after the rise 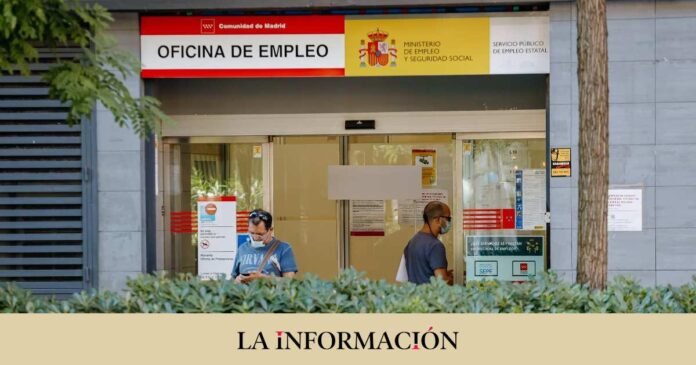 January begins, the first month of the new year of 2023, with important news for those unemployed people who receive unemployment. Precisely in this sense, the first thing that the unemployed should know is that this contributory benefit, managed by the Public State Employment Service, increases their economic amounts for the next twelve months, according to the rise in the IPREM by 3.6 %, which goes from 579 euros to 600. Therefore, the minimum to be charged, for those who do not have dependent children, will be 560 euros per month as of this year, that is, 8’% of the IPREM, while the maximum amount of money to receive, taking into account the same example, will be 1,225 euros per month.

The IPREM serves as a reference indicator in Spain, specifically, since 2024, for the collection of social benefits, grants and subsidies based on their income. For example, in the case of the subsidy for insufficient contribution, that is, for those who have contributed less than 180 days to Social Security, it will reach 480 euros for the first time in history. Likewise, it should also be noted that this increase also has an impact on other types of aid for vulnerable economies, such as the beneficiaries of the Minimum Vital Income (IMV).

On the other hand, the Ministry of Labor and Social Economy, led by Minister Yolanda Díaz, has presented the unemployment data corresponding to the month of December, which closed 2022 with the lowest level in 15 years, despite inflation and the invasion Russian in Ukraine Thus, the number of Social Security affiliates exceeds an average of 20.1 million, its highest level in the entire historical series. In summary, the unemployment rate fell to 2,837,653, its lowest level since 2007, just at the beginning of the last financial crisis.

When unemployment is collected in January 2023

The question that concerns us now is the following: when is unemployment paid in January 2023? Well, to answer this question, the first thing to know is that, as is the case with unemployment benefits, both social benefits are usually collected between the 10th and 15th of each month. “The payment of benefits by the SEPE occurs on the 10th or, if it is a holiday, the next business day of each month.” This is confirmed by the SEPE through its website. However, some banking entities will advance the payment to their clients between days 5 and 10, even if there is a criterion of the entities themselves.

This is the case, for example, of banks as popular as Santander, BBVA, Sabadell, CaixaBank, Bankinter, Cajamar or Unicaja. In any case, so that there is no loose fringe regarding this matter, it is recommended that the beneficiaries of both aids consult the entity in which they appear as the holder of the bank account.

How much will unemployment rise in 2023

This is how the minimum amounts will remain in 2023:

On the contrary, this is how the maximum amounts will remain in 2023: