HomeLatest NewsWhen will the bags be retrieved? The rebounds arrive before the...
Latest News

When will the bags be retrieved? The rebounds arrive before the end of the crisis 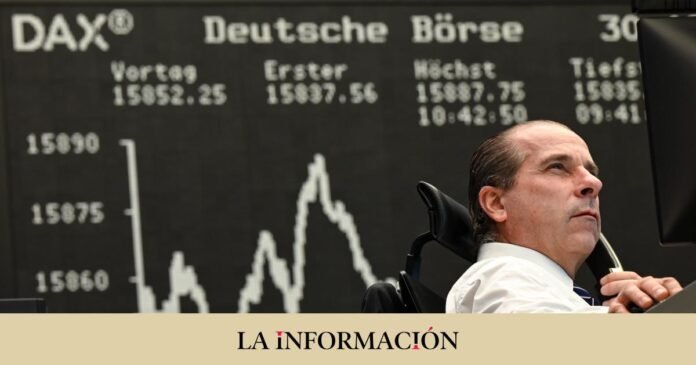 Everyone wants to know when the next recession is going to start and how long it is going to last. It’s true that all recessions are difficult in their own way, but the good news is that they don’t usually last long. According to a Capital Group analysis, in the eleven business cycles that have occurred in the United States since 1950, recessions have lasted between two and 18 months, with an average of ten months.

Also, equity markets usually start to recover before the recession ends. In the current cycle, they have already anticipated the downturn in the economy: by mid-2022, almost all major equity markets had entered bearish territory. And if we go by historical data, they will start to recover about six months before the economy does. The possibility of accessing the recovery of the markets from the beginning can be very advantageous. In all the cycles that have been recorded since 1950, bull markets have generated an average return of 265%, compared to the loss of 33% that bear markets have brought.

The biggest gains can occur immediately after the market reaches its lowest level. In addition, the option of waiting for a change in trend in the economy is not a recommended strategy. “It’s been a tough year, and it’s likely to continue to be,” says Darrell Spence, an economist at Capital Group. “But there is something we must not forget: one of the things that bear markets have had in common is that they have all come to an end. In the end, the economy and the markets have ended up recovering, ”he adds.

The focus is on the valuation

After having lived through a crisis that happens once a generation, the Covid pandemic, we now see how the ‘status quo’ of the last 30 years is turned upside down. After decades of relative calm and falling inflation, we are now faced with rising inflation and growing geopolitical tensions. “As investors, we see it getting back to something close to normal,” Spence says.

“I am by no means saying that the current environment is easy, but for the first time in a long time we are seeing positive nominal interest rates on cash positions,” says Johanna Kyrklund, CIO and co-chief investment officer at Schroders. “This marks a significant change in investment dynamics compared to the past two years, when we were forced to buy more expensive assets than ever before to achieve returns in a world where liquidity was limitless,” she adds.

“At this point, we may still have to weather a recession in 2023, but looking back at how we came out of the 2001 recession, we remember that economies recovered at different rates. That made that crisis a stage interesting from an investment point of view, and I think we will have fantastic opportunities over the next couple of years,” Spence stresses.

Right now, it’s worth noting that emerging markets coped with inflation much faster last year, so they have very little left to get out of the tightening cycle. They have already suffered badly from the anticipated rate hikes, and now see some value in assets in these markets.

As for stocks, Schroders believes that valuations are not as attractive as bonds and we need earnings expectations to cool down further due to recession risk. What could spark a strong recovery in equities? “Any evidence of weakening in the US job market would allow the Fed to reverse the path of rate hikes, and that would make it possible for fixed income to adjust downward and for the variable to recover ground,” Kyrklund specifies. .

There are also more potential opportunities in equities. “After years in which the United States always outperformed the rest, driven by the strength of the technology sector, now the rest of the markets seem very cheap,” says the expert from the British manager. “But, as we have said on other occasions, investors will have to be more selective in this new environment, both in terms of countries and companies,” she adds. In both fixed income and equity markets, there will be greater divergence between winners and losers.

It should be remembered that, throughout history, some of the best opportunities in equities have occurred in the midst of a recession. The markets are always ahead of the economic news. “That is why, in 2023, investors should look at valuations, and not so much at the headlines,” concludes Kyrklund.

Share
Facebook
Twitter
Pinterest
WhatsApp
Previous article
In 2023, a large-scale reappraisal of the cadastral value of homes will be carried out KXan 36 Diario
Next article
Two earthquakes are registered near Kamchatka KXan 36 Daily News