HomeLatest NewsWhere in Moscow you can see paintings on the fate of Russian...
Latest News 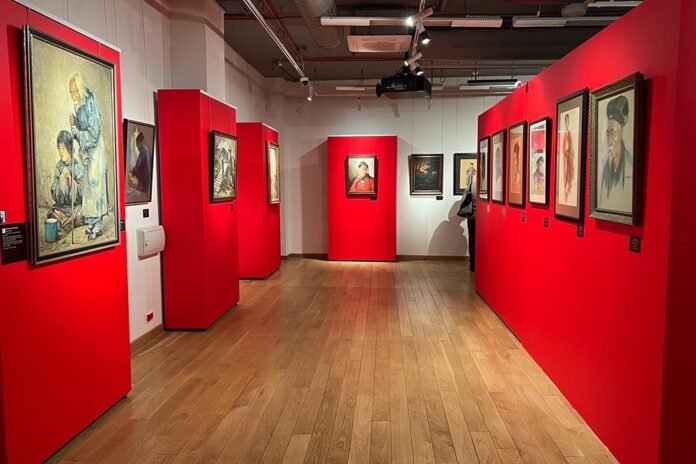 Their names are often not even on Wikipedia, but in Chinese dictionaries each of them receives a separate article. Because they managed to do a lot for the Middle Kingdom. And because much more is read about geopolitics and international relations in their destinations than in the newspapers of the first half of the 20th century. Victor Podgursky was born in Siberia, studied under Vasnetsov, emigrated to China after the revolution, where he first studied local traditions and life, and then, becoming a member of the prestigious Shanghai Art Club, introduced Russian accents into Chinese realities. . It was Podgursky who was one of the creators of the first monument to Alexander Pushkin in Shanghai. After the Great Patriotic War, the artist returned to the USSR – nostalgia turned out to be stronger than vanity, although he fully understood that he would have to die on the outskirts of the empire, that there would be no more awards and honors, the painter foresaw that , most likely, he would be arrested… Everything happened, however, the son was arrested.

another destiny Jacob Lijonos. Originally from Taganrog, he was one of those who, in the first years of emigration, dominated the most Russian city of the Celestial Empire – Harbin. He was considered one of the most sought after artists there. He was ordered sculptures for the Chinese Admiralty building, lions for the Hydrographic Department, a bas-relief for the Grand Theater, Likhonos painted the Isis Theater in Shanghai and many other buildings, he painted the interiors of Buddhist temples … So, walking around the Celestial Empire, keep in mind that there is much more of a Russian trace than in many European countries. Finally, Likhonos is known for the fact that the Cathedral of the Holy Mother of God in Shanghai was erected according to his project, and the artist was buried in the Shanghai cemetery; he did not have time to return to the USSR.

Or here is another iconic name. Nikolai Koshchevsky, as a child, moved with his parents to Primorye. In 1922, at the Manchurian station, he illegally crossed the border, then, in his fate, many more of these borders (Europe, Australia, after the death of Stalin) will return to his homeland. At that time, Koshchevsky was already a well-known painter and portrait painter – his Bunin still adorns the walls of school classrooms. And also Tvardovsky and Tereshkova, in the Union, the skill of an emigrant came to court, the era demanded heroes, as well as writers and astronauts, Koshchevsky immortalized workers and public figures in paint and stone. And if you had told him twenty years earlier, he would not have believed it, he, whose works were bought by European galleries, Chinese cities queued up for his exhibitions… Finally, he, whose painting “The Man from Shandong” was recognized as one of masterpieces created in China in the first half of the 20th century.

In total, the exhibition presents more than 70 original works by 28 representatives of one of the most fruitful and talented diasporas of the Russian diaspora. This is not all that was created by emigrants, but the organizers did their best to give the viewer an objective idea of ​​​​how our artists lived and remembered in the East. In total, the researchers count more than 300 prominent figures of Russian artistic culture in China.

“In terms of plot content, the exhibition presents various aspects of life in China: rich nature, colorful Confucian and Taoist temples, shrines, peasant fantasies, colorful portraits, as well as theatrical scenery as part of Russian community life. in China.”, say the organizers of the exhibition, “one cannot fail to note that despite all the material difficulties, the beauty of nature and the images of folk life, the originality and diversity of the traditional culture of China made this country a Promised Land for artists.

By the way, an important detail of the exhibition. Many paintings are located on a red background, which not only emphasizes the era, but also proves that art leaves even the most tragic moments out of brackets and always comes to the fore.

You can “meet” with the world of Russian “Chinese” until March 13.