HomeLatest NewsWho will not be able to ask for the check for 200...
Latest News

Who will not be able to ask for the check for 200 euros? This is the main reason 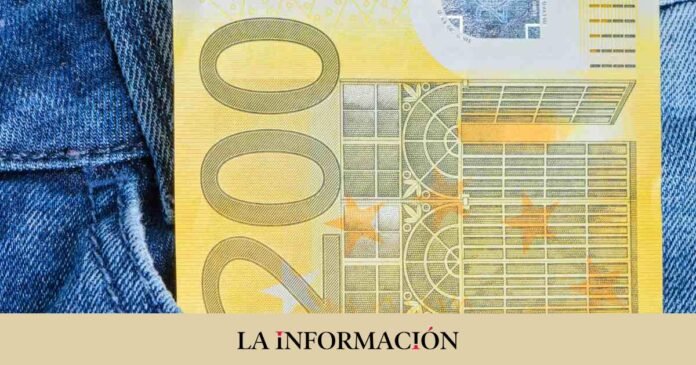 The new 200-euro check for the most vulnerable economies with the aim of facilitating the purchase of food is marked on the coalition government’s agenda as one of the great milestones for 2023 within the package of anti-crisis measures approved under Royal Decree-law 20/2022, of December 27, on aid against inflation in Spain. However, this direct subsidy and in a single payment has fine print, since there are certain natural persons who cannot be harmed.

To do this, the first thing to do is consult the general requirements that are based on the BOE, corresponding to December 28, 2022, which states that any habitual resident in Spain as of December 31 can apply for this new aid. of this year, if you have carried out a work activity on your own or someone else’s account, or if you have received the unemployment subsidy, provided that the income received has not exceeded 27,000 euros per year. The patrimony, in addition, must be less than 75,000 euros, discounting the main residence itself in case of owning it.

Likewise, in the event that the recipients are married or common-law, to obtain the check for 200 euros, the joint calculation of income was reaffirmed as a scale, also including minors and ascendants residing under the same roof. However, the BOE specifies who are the citizens who cannot damage this new hotline of help, in a single payment format, and managed through the Electronic Office of the Tax Agency. In any case, it should be remembered that the application will not be enabled until February 15, while the last day to fill in the electronic form will be March 31.

Royal Decree 20/2022, of December 27, establishes some limits that do not allow you to receive the 200 euros. Thus, people who as of December 31, 2022 receive any of these social benefits will not be beneficiaries:

Recipients of the Minimum Vital Income (IMV). Pensions paid by the General Regime and the special Regimes of the Social Security or by the Regime of Passive Classes of the State. Social Security of Self-Employed or Self-Employed Workers by alternative social welfare mutuals. Representatives of the participation in own funds of a mercantile company not traded in organized markets.

The Minister of Finance and Public Function, María Jesús Montero, explained that pensioners will not be able to have the aid, since they will benefit from the increase in pensions. However, no child is the only population group excluded. Nor can it be received, according to the norm, by those beneficiaries who receive the Minimum Vital Income. In any case, from Moncloa they point out that up to 4.2 million citizens will be able to observe this anti-crisis plan to combat the high inflation rate, which in December was below 6%.

When and how can you order the check for 200 euros

The aid promoted by the Executive led by Pedro Sánchez can be requested through a “simple form” that will be available on the website of the Tax Agency from February 15 to March 31. On the other hand, this subsidy will be paid by bank transfer, meaning that the concession agreement has been notified by receipt of the transfer. When, in view of the application submitted and the information available to the State Tax Administration Agency, the payment of the aid is not appropriate, the applicant will be notified of a proposal for a refusal resolution, in which the necessary data will be indicated. to consult the reasons for the refusal at the Electronic Office of the State Tax Administration Agency. If it is rejected, you have 10 days to claim.