HomeLatest NewsWhy are prices for private houses in Magadan growing, and in the...
Latest News

Why are prices for private houses in Magadan growing, and in the Crimea declining? – Rossiyskaya Gazeta 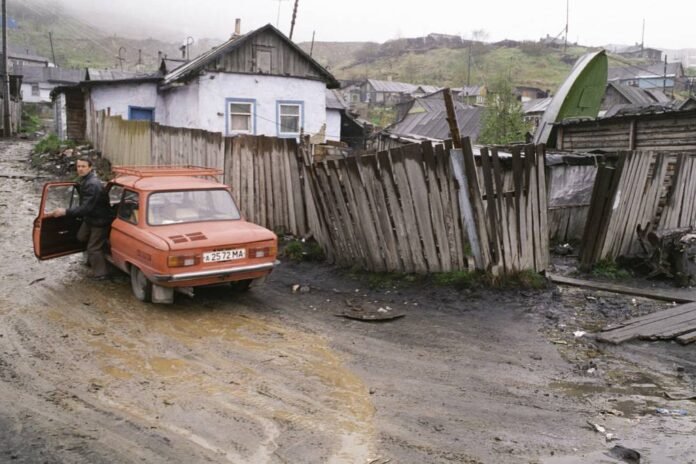 According to realtor Pavel Ovchinnikov, private houses in Kolyma, of course, have risen in price, but not by much – by a maximum of 25 percent. First of all, this is due to the fact that in previous years real estate prices grew slowly, and the solvency of northerners remains at a high level. Hence the desire of people to invest in real estate.

– This is a kind of investment, – says realtor Pavel Ovchinnikov. – Influenced by the unstable economic situation. Every time the world shakes, people want to be closer to the ground.

It is worth considering preferential mortgage rates (loans for the Far East still maintain a low interest rate), as well as an increase in the cost of building materials. Another aspect is that very little new housing is being built in Kolyma, and the “secondary” one is rapidly falling into disrepair. In this regard, many look towards private homes – the city is small, so it is not difficult to get, for example, from the suburbs to the center.

Today in Magadan, a two-story house with an area of ​​​​60 square meters is sold for 6.9 million rubles. This is comparable to the price of a two or three bedroom apartment. The simplest options (one-story houses) will cost 1.5-3 million. There are, of course, houses for 20-30 million rubles, as in other places.

– The reason for the increase in real estate prices in Karachay-Cherkessia were several factors: the infrastructure, the economic and social development of the region, the improvement of the standard of living and income of the population, as well as the foreign policy situation , – said a realtor from Cherkessk Alexei Orishchenko.

The development of the economy also led to an increase in the income of the population, for example, the average salary in 2019 was 26,955 rubles, and now it is more than 34 thousand rubles. As a result, on the territory of the Karachay-Cherkess Republic, since the beginning of the year, credit organizations have provided 2,104 home mortgage loans in the amount of 5,658.3 million rubles with an average interest rate of 8.1 percent.

– An important factor in the growth of prices of private homes is the mentality of the population. In the North Caucasus, it is customary to live not in an apartment in a multi-storey building, but in your own house with a garden and a courtyard, – says Alexei Orishchenko.

The cost per square meter in a private house, by the way, in the republic varies, depending on Internet sites, from 35 to 92 thousand rubles per square meter, depending on geolocation. The most expensive houses are sold in the Cherkessk agglomeration from 8 to 25 million rubles, as well as in tourist places – in the villages of Dombay, Teberda and Arkhyz, the village of Zelenchukskaya, Urupsky district.

The downward trend in prices for private houses in Crimea is only partially confirmed. Cheaper, but not everything and only in the context of this year.

“If we talk about cottage villages, then there is definitely no price reduction,” Igor Rybalka, manager of the Crimean real estate agency, told RG. – After all, there are not so many cottage settlements in the Crimea yet, and this is a relatively new format for the peninsula.

But private homes in the peninsula’s massive urban development are really getting cheaper under the influence of supply and demand. The decline in demand led to the reversal of unreasonably high expectations from sellers.

– Houses of previous construction fall in price only because they were too expensive, – said Igor Rybalka. – Judge for yourself, three years ago the house was sold for 8 million rubles, this year the seller put it up for sale for 21 million, but in the end he gave it away for 18 million. And there are many such examples.

This year, a house in the Crimea was put up for sale for 21 million rubles, but in the end it was sold for 18 million.

Krasnodar real estate expert Sergey Lysenko notes that in the upper segment, where we are talking about a bifurcation of 20-50 million for a house, prices have really fallen by 15-20 percent. Because there is no mass number of buyers of such objects. People are not buying and sellers have no choice but to lower the price. However, as for houses, the cost of which is about 10 million rubles, compared to last year, in some places they even increased by 10 to 30 percent. First of all, this was influenced by the cost of land. It has definitely increased, because there are fewer and fewer good places in the city; this is a natural process. And the price of home ownership consists of the cost of the site and the building itself.

In addition, the city’s own infrastructure influenced the price list. If they built a new school, built a road, gasoline, then the price scale for home ownership in this area definitely goes up.

Approximately the same situation in other cities of the Krasnodar Territory.