HomeLatest NewsWhy has the widow of Alexander Abdulov not yet married?
Latest News

Why has the widow of Alexander Abdulov not yet married? 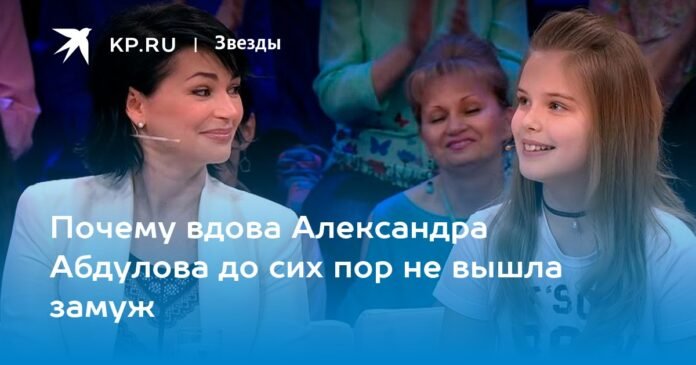 On January 3 at 8 o’clock in the morning, People’s Artist Alexander Abdulov died in a Moscow hospital. He happened 15 years ago. On the day of memory of Alexander Abdulov, his relatives, friends and admirers will traditionally go to the Vagankovsky cemetery to honor the memory of the actor.

15 years ago, Alexander Abdulov on New Year’s Eve asked the doctor to go home. The pills no longer helped to cope with the pain. For this reason, the actor waited for the president’s congratulations on television, the clock chiming; he kissed his 9-month-old daughter Zhenya, hugged her mother; He called the car and returned with his wife Julia to the hospital. The actor was diagnosed with a serious illness too late: Alexander Gavriilovich began to have health problems (he underwent surgery for a stomach ulcer), then lung cancer of the fourth stage was discovered. On the morning of January 3, Abdulov felt worse, his wife called the doctors; they asked the woman to leave the ward … Yulia Abdulova looked through the crack in the door and soon heard the young doctor’s question to the old people. :: “There is a wife outside the door. What can I tell her? “-” Well, what can I tell her. She died… “

Yulia Abdulova was very saddened by the death of her husband. The woman devoted all her time and energy to raising her daughter: in March 2023, Zhenya Abdulova will be 16 years old. She studies well and is very similar to her father, and especially to the mother of the legendary actor, Lyudmila Alexandrovna (the woman died four years ago at the age of 96). Lyudmila Alexandrova lived a long life, did not get sick; just a month and a half before her death, she suffered a stroke. The woman buried three sons: Alexander, Robert and Vladimir. The actor’s brothers have children. Yulia Abdulova communicates with the relatives of her husband. In addition, the artist’s widow is friends with the adoptive daughter of Alexander Abdulov, Ksenia Alferova; her daughters also communicate.

Alexander Abdulov with his daughter: the actor celebrated his birthday on the 21st of every month. Now Zhenya knows all dad’s movies by heart. Photo: frame of the program “Esta noche”, Canal Uno.

Abdulov’s widow several years ago, for the sake of her daughter, decided to lead a non-public life, all in order to protect her daughter from the attention of strangers. Yulia Abdulova is 47 years old, but she looks younger, always well-groomed and in excellent shape. Yuliya is a lawyer by training and works in a medical company. Yulia Abdulova lives alone with her daughter: most of the time they spend in a Moscow apartment, on weekends they go to the dacha. A few years ago, information appeared that Yulia Abdulova was dating a man who was not much older than her. However, surrounded by the actress at this moment they say one thing: Julia went on vacation with her friends and her daughter in the summer for her birthday; she still works and gives Zhenechka all the time; she is not married and does not live with any man. Yulia Abdulova signed one of Alexander’s portraits: “When my hands cannot embrace the one in my heart, I always “hug” him with prayers”.

Zhenya Abdulova will turn 16 in the spring. The girl is very similar to the legendary father of her and her mother. Photo: social networks.

Zhenya Abdulova goes to school on Gilyarovsky street. The entrance to the university will be only one year later. It is not yet known what profession the girl will choose. Most likely, she is creative. A couple of years ago, the boy spoke on the Tonight program about who she would become: “Or an actress, or a director, or a cameraman. I also like to be bossy, so maybe I’ll be a director.” Yulia Abdulova never dreamed that her daughter would become an actress, as she knows the “wrong side” of the profession and is even more afraid of acting publicity. Although many note the artistry and charisma of Evgenia Abdulova. As a child, Zhenya starred in Alla Surikova’s film Love and Saks. Larisa Dolina recently spoke about a friend’s daughter: “Zhenya has grown up, she already has the height of Sasha. Very beautiful, in daddy a wonderful girl is growing. Daddy would be proud of her.”

Alexander Abdulov after a divorce from Irina Alferova committed suicide

The results of the DNA test of the illegitimate children of Alexander Abdulov discouraged people.