HomeLatest NewsWhy talent is superior to education: the path of the artist Igor...
Latest News

Why talent is superior to education: the path of the artist Igor Oleinikov KXan 36 Daily News 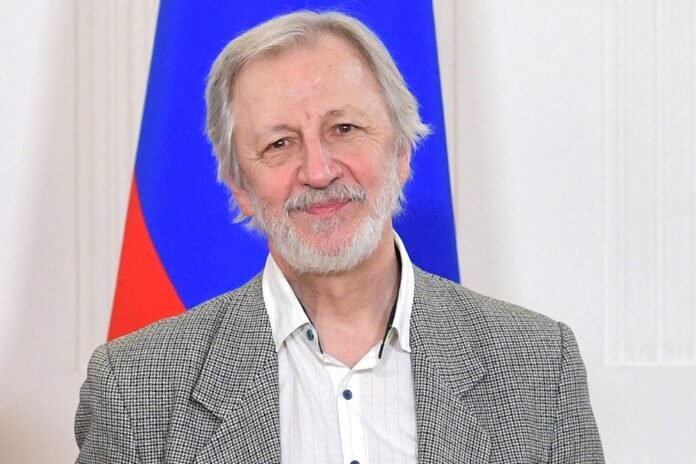 Behind him are more than 80 illustrated books, works in Russia and abroad. Oleinikov received one of the world’s leading literary awards for children’s literature – the Gold Medal. HK Andersen for his outstanding services and contribution to world literature for children and youth. He became the second in Russia after the artist Tatyana Mavrina to receive this prestigious award.

At the same time, Igor Yulievich can be called a self-taught artist: he did not receive a professional education, he studied with his mother and his main colleagues – Natalia Orlova, Vladimir Zuykov and Eduard Nazarov. He himself calls them his main teachers.

“It is interesting for me to contribute my own vision, it is even more interesting to break stereotypes, to show that the classic approach is not the only possible one, that there may be other levels in the text, that, in the end, a positive character is not so positive and a negative one is not so negative,” says Igor Yulievich about his attitude to illustration.

Oleinikov dreamed of becoming an animator since the seventh grade. He illustrated his first book in 1990 commissioned by the publishing house “Prosveshchenie”, it was about “And I was in a computer city” by Zaretsky and Trukhanov. According to the stories of the artist himself, at that time he did not know what a computer looked like, he had to invent it himself.

And before that, without entering the Moscow Polygraphic Institute and graduating from the Moscow Institute of Chemical Engineering, Oleynikov worked for more than ten years at the Soyuzmultfilm film studio as an illustrator (he worked on the paintings “Once upon a time there was a dog”, “Caliph-Stork”, “Journey of the Ant”, “Martynko”), as well as in children’s periodicals (magazines “Misha”, “Tram”, “A lot is small”, “Sesame Street”, “Ball Lightning “). Despite his technical and practical training, he, as he himself said, painted during the entire journey whenever a free minute appeared.

In the early 1990s, Oleynikov collaborated with Christmas Films as a production designer, taking part in such films as The Magic Flute, Jonah, The Magic Brush, Beowulf, and others. The lack of art education did not prevent Igor Oleinikov from becoming a world famous illustrator with his original vision of literature. The book “Mahalia Mouse going to College” by J. Lithgow, commissioned by Simon & Schuster from Oleinikov, became a bestseller in the United States in 2007 according to The New York Times. It was this work that marked a new stage in the work of Igor Yulievich. He got many new orders from foreign publishers.

Since 2009, Igor Oleinikov has been working only as an illustrator.

“I’m interested in using illustrations to take a fresh look at known works,” Oleinikov says of his work.

A cycle of drawings of AS Pushkin’s fairy tales for the publishing house “Arbor”: a new reading of the classic works. The concept of alternative “terrible” tales is supported by the book’s graphic design.

“We will have to read Pushkin’s fairy tales with the same eyes with which we read the morning newspapers and watch the evening news, never lowering our eyes to the evil reality,” Valentin Kurbatov writes in his opening speech. about a new look at Pushkin. Fairy tales for an artist are not a refuge from the world, but a clear and honest look at it. And Pushkin, as on every day in history, “will rise invisibly and sit among us” – kind, mocking, brave, sad. I live And the children will grow up and understand what days they were in the yard in their parental days, and they will understand Pushkin and us better.

“Teremok” based on the fairy tale “The Little Mouse” by Vladimir Dahl (“Mann, Ivanov and Ferber” publishing house) is Oleinikov’s second graphic novel (the first was the folk tale “The Fox and the Hare”, says the artist about it that this is his favorite book Job).

The artist came up with a special backstory for each character, who brought different animals to Teremok. Color illustrations stand next to comic book-style black-and-white freeze frames, wide panoramas are replaced by close-ups, crowd scenes are portraits of the book’s heroes. The graphic novel “Teremok” with illustrations by Oleinikov became the winner of the national competition “Book of the Year” in the nomination “Together with the book we grow” in 2018.

Cycle of 79 works for the novel “The War of the Worlds” by HG Wells (Vita Nova Publishing House). Igor Oleinikov also saw in a very original way the world famous novel by the English writer and publicist, one of the founders of the science fiction genre.

The peaceful life of the heroes is reflected here in full-color illustrations, life under the rule of the Martians – in black and white. In 2019, for the illustrations for this book, Igor Oleinikov became a laureate of the XII International Book Illustration and Design Competition “The Image of the Book” in the nomination “Best Illustrations for Fictional Works”.

Igor Oleinikov designed four books of the famous Dutch writer Toon Tellegen: “Not everyone knows how to fall”, “Is it possible for no one to be angry”, “Letters only for two”, “Happiness of a grasshopper” (Polyandria publishing house). These are stories about the most amazing forest in the world, where miracles are common. These Oleinikov illustrations are in tune with touching and kind fairy tales, parables, filled with philosophical meaning.

“The Adventures of Pinocchio”

Judging by the page on social networks, now Igor Oleinikov is working on the fairy tale by Carlo Collodi “The Adventures of Pinocchio”. It seems that we are again waiting for an original look at the world famous story.