HomeLatest NewsWill mortgages with cryptocurrencies arrive in Spain or is it too risky?
Latest News

Will mortgages with cryptocurrencies arrive in Spain or is it too risky? 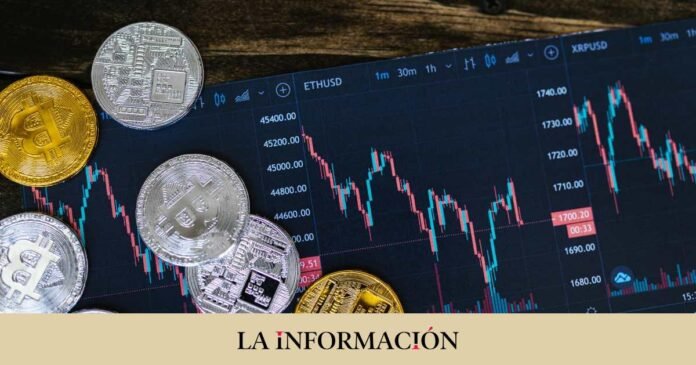 Cryptocurrencies are reaching more and more aspects of society. This virtual currency is making a name for itself in all kinds of sectors. Now it is the turn of the house. An American company called Milo offers the possibility of applying for a mortgage through a cryptocurrency. In this way, the monthly mortgage installment will not be paid in currencies known as euros or dollars, but a cryptocurrency such as Bitcoin or Ethereum will be consolidated.

This, in turn, has caused other virtual currencies in the market to be dragged down by this fall. That is why… Is it worth thinking about mortgages with this type of currency? The main problem with cryptocurrencies is their volatility. As soon as they grow in value as they stay at a minimum. “With exchange rates swinging so wildly, the exchange rate risk is huge. We have seen it in a similar way in Spain with multi-currency mortgages, which have caused very significant economic damage”, says Antonio Gallardo, an expert at iAhorro.

The fact that it is such an unstable product is detrimental in the mortgage field, where if the monthly installment of the loan is not paid, there is a risk of being left homeless. “If we pay in cryptocurrency and it benefits us, we will pay less, since by exchanging fewer euros or dollars for bitcoin, the debt is worth less. The problem arises when the opposite occurs”, Gallardo stresses.

Therefore, in this context, a person who has a mortgage that is paying with cryptocurrencies will not have problems, since the value of these has fallen and, as a result, it is easy to obtain them. However, as soon as they start to rise, if that person does not have a large cryptocurrency net worth, he may find himself in a bind.

A difficult model to implement in Spain

Milo is a company that has begun to market this type of mortgage in the United States, but it would not be surprising if another company dared to try it in another country. In Spain it is an unlikely reality. “It is difficult to imagine this model in Spain. We already had a risk product such as multi-currency mortgages, which generated numerous lawsuits and in the end they disappeared”, explains the iAhorro expert.

On the other hand, should it eventually come to fruition, it would be a viable option for someone with notorious cryptocurrency wealth, as they would be paying directly with cryptocurrency. However, if the cryptocurrency is used to pay for a house, the opportunity to exchange the virtual currency for euros or dollars is lost. After all, with ordinary currencies you can buy all kinds of products without complications.

The ghost of multi-currency mortgages

In Spain, there was already a type of mortgage in which installments are not paid in euros: multi-currency mortgages. It was used between 2004 and 2008 on the pretext that if the currency in which it was paid was less valuable than the euro, it ended up spending less on the mortgage. However, the value of ordinary currencies changes every day, as it happens with cryptocurrencies and, therefore, there are people who, instead of demonstrating, were harmed. Finally, the High Court of European Justice (CJEU) described this type of mortgage as not very transparent, since the true risk involved was not adequately reported. That is why they ended up disappearing.

Share
Facebook
Twitter
Pinterest
WhatsApp
Previous article
Freedom of expression in the Baltics: what is known about the arrest in Riga of the editor-in-chief of Sputnik-Lithuania, Marat Kasem
Next article
Toys and sweets: New Year’s exhibitions open in Vladivostok and Chita KXan 36 Daily News