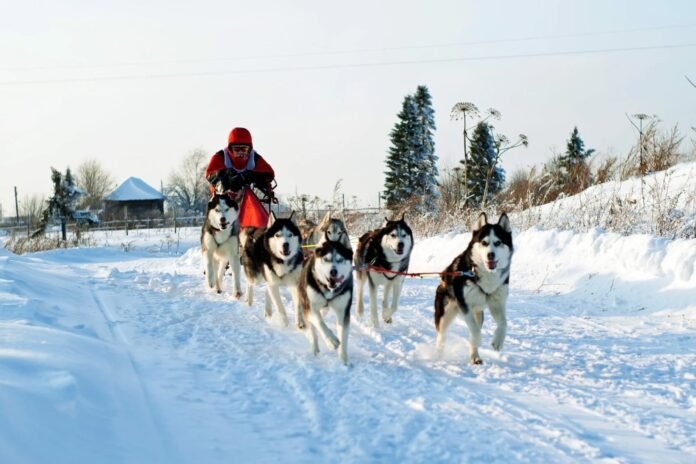 For some of them, it is not even necessary to take a vacation. It is quite possible to get by with 2-3 days off. Experts from the national tourism portal Russia.Travel developed itineraries for such short but exciting trips. It was created and is developed within the framework of the national project “Tourism and Hotel Industry”. Trips are planned in such a way that in 2-3 days in any region you can see the most interesting things, including get acquainted with the local cuisine. And have an unforgettable weekend.

There are also special winter routes on the portal. This is how he represents the Perm Territory among themselves: “Taiga wonders, fabulous caves, giant pillars, an anomalous zone, freeriding on powder and insanely tasty cookies.” The latter are the famous Perm fried pies, small and very juicy.

The Siberian Husky season in the region continues until spring. Until April, you can ski on the slopes of Mount Krestovaya. This is the Gubakha ski resort. There is plenty of snow and a wide variety of trails. They especially attract freeride lovers, as there are no fences on the tracks.

As for the secrets and the unresolved, this is the Moleb anomalous zone near the village of Molebka. They say that UFOs fly here, time is wasted, car engines stall. And there are other paranormal phenomena, even aliens arrive. Don’t you think? But you can look at the area, at least out of curiosity.

However, there are enough real miracles in the Perm Territory. The Russia.Travel portal reports on the Kungur ice cave near the village of Filippovka. According to experts, this is the most famous and most visited attraction in the Urals. And what is important: it is best to admire the cave in winter, when ice sculptures grow on its walls. They are especially fascinating from February to April. There are 48 grottos and 70 lakes in the cave. For tourists, routes are laid out and excursions are carried out.

Experts also recommend visiting the Usva Pillars near the Usva River. Millions of years ago there was a sea here. And now you can admire the bewitching cliffs less than 120 meters high that break out of the river water. Here is the so-called Stone Town. The remains of more than 500 meters are very reminiscent of a town with arches and small streets.

Another point on the map of your trip through the Perm region can be “Khokhlovka” in the village of Gora. This is an open-air museum of wooden architecture. Here you can not only wander “through the streets”, but also enter old wooden churches, temples, a hunter’s house, a peasant house and even a saltworks. Lovers of these walks can also choose the ethnographic park of the history of the Chusovaya River. Its expositions are devoted to the peasant life of the XIX-XX centuries. Children will especially like the stand, a museum-theater of wooden toys that you can touch with your hands. Since the museum and the open-air park, it is probably worth finding out what the weather will be like in the region before the trip. Still winter.

However, you can come here in the summer. Or attend the ethnolandscape festival “Call of Parma”. It passes near the town of Cherdyn. This is an analogue of the “Heart of Parma” holiday, initiated by the writer Alexei Ivanov. His novel was turned into a feature film, which was released last year. And it was a resounding success.

The national project “Tourism and Hospitality Industry” helps to quickly plan trips throughout the country. 20 travel options are available on the national tourism portal Russia.Travel to select a route for the weekend.

And for winter travel, the Russia.Travel portal has prepared more than 40 ready-made options for active leisure throughout Russia.

All the texts of the plot “Recreation and tourism in Russia” read here.