HomeLatest NewsYaroslav Boyko broke the silence and revealed the true reasons for the...
Latest News 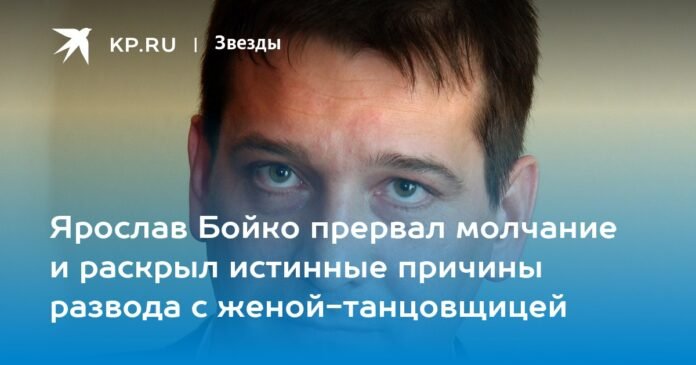 Yaroslav Boyko called the reasons for the divorce from his wife Ramuna Khodorkaite after 23 years of marriage. It was the actor who initiated the break. According to the lawsuit, the couple does not share assets. Their common children – the son Maxim and the daughter Emilia – are old enough to decide for themselves how to communicate with their parents.

Yaroslav Boyko for the first time commented on the changes in his personal life and named the reasons for parting with his ballerina wife Ramuna Khodorkaite. “Nothing interesting, the relationship just ended, so we got divorced. It happens in life. We’re still friends, everything is fine,” StarHit quotes him.

The 52-year-old actor filed for divorce on December 9. “Family relationships did not work out, in fact, marital relationships ended,” the document says.

Note that Yaroslav was repeatedly credited with a love affair with a partner in the series “Always say” always “” Maria Poroshina. Despite the actor’s statements, it is his Russians who consider the real culprit of the divorce. After all, when the artist, being pregnant, divorced her husband Ilya Drevnov, everyone immediately decided that she was expecting a child from Boyko. However, both Boyko and Poroshin reject all speculation.

Be that as it may, it is known for certain that the married actor had an affair with Evgenia Dobrovolskaya. In 2003, the artist gave birth to an illegitimate son, Jan. After some time, Boyko, however, recognized the boy.