HomeLatest NewsYaroslav Boyko, who is divorcing his wife, will celebrate the New Year...
Latest News

Yaroslav Boyko, who is divorcing his wife, will celebrate the New Year with another woman 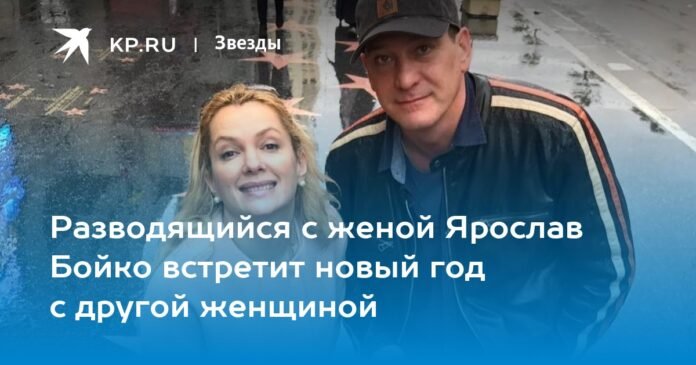 Poroshina and Boyko have known each other for 30 years. They make friends and work together.

Yaroslav Boyko, 52, filed for divorce from his wife, Ramuna Khodorkaite, 51. Boyko is a star of TV series, Khodorkaite is a choreographer and teacher. The couple have been married for 23 years. In early December, Yaroslav filed for divorce in the judicial district of the justice of the peace. The judge scheduled the interview of the spouses for December 27. A civil case will be considered quickly; we tell you why.

On December 27, Boyko and his wife will meet at the justice of the peace. The divorce will be filed in early 2023.

Divorcing Yaroslav Boyko instantly covered with gossip. Boyko himself traditionally announces in such cases: the relationship has ended, but he and Ramuna will remain friends. What do the filmmakers say about this divorce? Ramune Khodorkaite is a recognized figure in the theater world: she teaches “plastic education” at the Institute of Culture and Arts; As a choreographer, he collaborates with prominent theaters in the capital, film and television directors. Yaroslav Boyko is the star of the TV series Always Say Always, Midwife. Boyko is actively acting in serials: he has more than a hundred projects on his account, the artist plays in non-repertoire productions.

The actor’s colleagues told kp.ru their version of this divorce: “Yaroslav filed an application when the youngest son became an adult. All in the mind. As he says, the relationship is over, but it is important not to harm the children – he is an incredibly caring and loving father … They again write about them with Poroshina, it’s just a laugh. Now they are on tour together. But they communicate as colleagues and friends…” Daughters Boyko and Khodorkaite Emilia will soon be 20 years old, their son Maxim is already 23 years old. Yaroslav was lucky with his wife: Ramuna forgave a fleeting office romance: in 2002, actress Evgenia Dobrovolskaya gave birth to a son, Jan, from Yaroslav Boyko after filming together. The actor took part in raising an illegitimate child: he spoke, helped. Boyko’s wife then decided to save her marriage. And it lasted a long time – Yaroslav turned out to be a caring father and husband. Who has now become the chosen one of Yaroslav Boyko – colleagues do not know or hide, like him.

That’s just with Maria Poroshina, Yaroslav Boyko is connected by work and friendship. Already on January 1, 2023, Poroshina and Boyko will meet: they will congratulate each other on the new year and new happiness, and then they will play the play “Snow Waltz”. Then they will tour the cities of the country with this production. According to the plot, Poroshina and Boyko play in a relationship – they have love on stage. In life, they have known each other for 30 years – they began to study together at the Moscow Art Theater School, from where Poroshina went to the Shchukin School. For almost 20 years, they have been credited with a novel, after the release of the first part of the series Siempre di siempre, where the actors played love. However, all these years, Poroshina communicated with Boyko’s wife – they were friends with families. In 2019, Maria Poroshina gave birth to her fifth child, she divorced her husband. And then Yaroslav Boyko was registered as the father of the child Poroshina. Maria had to refute this version: “My business partner Yaroslav Boyko has nothing to do with my maternal happiness, which we share with the father of our future heir (he lives outside of Russia) …” Maria and Yaroslav, old friends who supported each other in different life situations: Poroshina also divorced after a long marriage.

Divorce from Yaroslav Boyko will take place in the world court without property and other claims. Most likely, already at the end of January – beginning of February, the divorce will be formalized. And maybe in 2023 we will meet Yaroslav Boyko at some movie premiere with a new partner.