HomeLatest NewsYear of the Russian language in the CIS: what the former Soviet...
Latest News

Year of the Russian language in the CIS: what the former Soviet republics have lost and gained in 31 years of independence KXan 36 Daily News 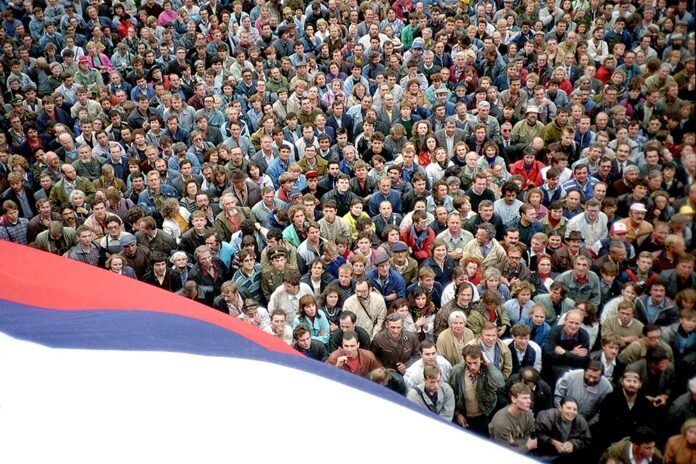 The Commonwealth of Independent States cannot do without a unifying and understandable language. At the end of 2022, an informal meeting of the CIS heads of state was held, where Russian President Vladimir Putin emphasized that the Russian language “is a powerful unifying force that holds our multinational states together.”

For the coming year, an extensive program of events is planned to support the Russian language and improve its status as a language of interethnic communication. And this, undoubtedly, will contribute to the mutual spiritual and cultural enrichment of the inhabitants of all the CIS countries.

Well, much has been lost, but much remains. “RG” carried out a small linguistic audit of the values ​​left by the neighbors.

What role does the Russian language play in the CIS countries?

At the moment, the Russian language has the status of a state language in Russia and the Republic of Belarus.

According to the 1994 Constitution of the Republic of Tajikistan, Russian is the language of inter-ethnic communication (Article 2).

In other CIS countries, the status of the Russian language is not defined.

According to the study “Index of the position of the Russian language in the world”, prepared by the Pushkin Institute of Russian Language, Russian ranks fifth in the list of the top 12 world languages: it surpassed Arabic, Portuguese, German , but lost to English, Spanish, Chinese, and French.

Remember that the place in this rating is determined not so much by the number of native speakers, but by their ability to satisfy a person’s need for education, information, social and professional interaction.

According to the authors of the study, the most acute problem in the post-Soviet space is the reduction in the sphere of reproduction of Russian specialists. And the number of students studying in Russian for 30 years has halved at all educational levels.

Thus, the total proportion of schoolchildren studying in Russian in the countries of the post-Soviet space (excluding Russia) has decreased to 19 percent – double compared to the 1990/1991 academic year. In absolute terms, their number has decreased from 9.2 to 4.1 million people. The exception to the general trend is Belarus: plus 11 percent.

However, there is also a positive trend: in the last decade, the total number of schoolchildren studying in Russian began to gradually increase, mainly due to the Central Asian republics (Uzbekistan, Kyrgyzstan, Tajikistan, Kazakhstan), as well as Azerbaijan, which, according to the compilers of the Index, is associated not only with demographic growth, but also with the high competitiveness of education in Russian, as well as historically established preferences.

The largest share of Russian language and literature teachers in the total number of school teachers today is in South Ossetia – 11.8 percent. And the smallest – in Latvia – 1.7 percent.

The study showed that Abkhazia and South Ossetia, the DPR and LPR, where 100 percent of students study in Russian, as well as Belarus, occupy the leading positions in terms of the number of students from Russian-speaking groups.

The Russian language is practically not used in the secondary vocational education system in Azerbaijan, Armenia, Georgia, Turkmenistan, Lithuania and Latvia. Education in Russian in schools and colleges on the territory of Ukraine has almost ceased: in the 2019/2020 academic year, 347 people studied in Russian here. In Estonia, Russian-speaking groups are preserved only in private educational institutions.

At the same time, the number of students studying Russian in Belarus increased by 45,000, by 12,000 in Tajik universities and by 10,000 in Kyrgyzstan. The universities of Abkhazia and South Ossetia have completely switched to Russian-language education.

It turned out that Russian is the language of science in the CIS. In Kyrgyzstan, Uzbekistan, Tajikistan and Kazakhstan, a fairly large number of scientists are published in the Russian RSCI database. At the same time, in Armenia, the Baltic countries, Moldova and Turkmenistan, there are much fewer authors, but their citation rate is higher, which makes national science and scientific publications more significant. In the international Scopus database, Russian-language scientific publications were analyzed for the first time in four sciences: medicine, social sciences and humanities, earth sciences. This allowed us to see our competitive areas compared to publications in other languages.

In the national science of Belarus, Kazakhstan, Uzbekistan, Kyrgyzstan, Tajikistan and Azerbaijan, the Russian language plays a huge role. This is reassuring and gives perspective.

More than 350 Russian teachers from 49 regions have started the new academic year 2022-2023 in seven countries near and far. They went there to teach in 200 schools of countries participating in the humanitarian project “Russian Teacher Abroad.”

The humanitarian project of the Ministry of Education of Russia “Russian Language Teacher Abroad”, aimed at promoting the Russian language and Russian education abroad, has been implemented together with the national education ministries of partner countries since 2017. The platform basis for the implementation of the project is FGBOU “ICC “Interdom” ED Stasova”.

Where do the Russian teachers work?

Since the beginning of their work in 2019, the teachers have taught more than 10 thousand children, received letters of gratitude and numerous letters of appreciation from Russian and foreign authorities for their contribution to the development of the education system.

Which educators are the most in demand?

In addition to professionalism, you must have at least three years of teaching experience at the school, a diploma certifying completion of the specialty, a valid international passport and the absence of diseases that prevent you from working abroad.

As stated on the website of the project operator – “Interdom” ED Stasova, “Russian teachers are guaranteed: official employment in accordance with the laws of the Russian Federation; workload no more than 36 hours a week, from of which 18 hours of teaching; timely payment of salaries; provision of residential accommodation for the duration of the project; methodological support; reimbursement of travel expenses to and from the workplace; provision of a health insurance policy for those traveling abroad .

How to become a “Russian teacher abroad”?

To enroll in the personnel reserve, you need to send a resume drawn up in any form, as well as a copy of the educational diploma to the email address teacher@edu.gov.ru or interdom.kadrovik@mail.ru.