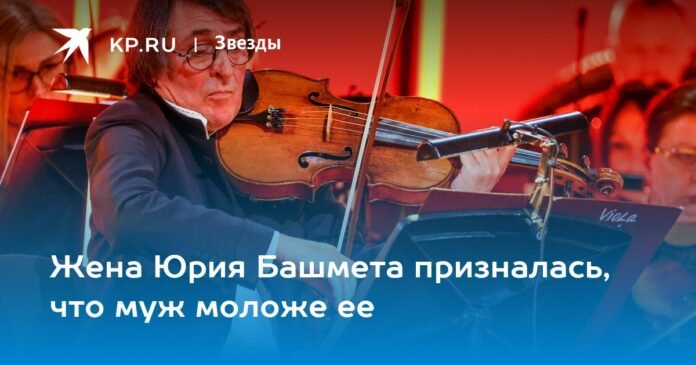 Yuri Bashmet during a concert scheduled to coincide with his 70th birthday at the IV Winter International Arts Festival. Photo: Vyacheslav Prokofiev/TASS

Yuri Bashmet always celebrates his birthday on stage. A superstitious musician has long noticed that if he celebrates this holiday differently, the whole year goes wrong. Therefore, the seventieth anniversary of the violist was no exception.

Countless guests gathered in the Tchaikovsky Concert Hall. They asked about the program of the event, but nobody sold anything. The musician kept the program a secret, promising a surprise. Haunting rehearsal music played behind the scenes. As they sat down, the guests worried whether they would make it home or whether it would be like five years ago. Then, on the 65th anniversary of Bashmet, the concert lasted countless hours, so the metro closed, the trains stopped running, and the restless maestro did not even think to finish.

Finally, the artists appeared on stage. There were an incomprehensible number of them: more than for the “Moscow Soloists”, but less than for the “New Russia”. (Maybe Bashmet is seventy years old, but I lost count.) On the occasion of the festival, women put on elegant dresses in bright colors. But all the same, all the female splendor could not overshadow the absent Nina Macharadze. Yuri Bashmet remembers his favorite violist in every interview and is very sad that Ninochka, with whom they have been together for thirty years or even more, has gone to Georgia, it would seem, forever.

The master himself came out. Very cheerful, in a white T-shirt and with the same Georgian medallion. Photos of the birthday boy at all ages appeared on screens hanging from the ceiling. As audiences were thrilled by images of the micro-bob with dimples on both cheeks, Yuri Abramovich began his guessing game with the Brahms Quintet.

The musicians didn’t have a hard time, he guessed with a crack. But all the same, it was obvious that foreign works at the concert also sounded in the ratio of 50 to 50. So Bashmet did not arrange the cancellation of foreign music. And why, if the last time Yuri Abramovich assures that Russian culture is not canceled abroad and all major concerts begin with Russian composers.

Unlike the 65th anniversary, when several guests spoke, this time Yuri Abramovich managed on his own and in various ways demonstrated surprising vigor for a seventy-year-old man, speaking in three ways at once. He would conduct, play the viola, babble tales from a screen that hung above the stage, and imitate much the same as Rostropovich.

In the final, the teacher was congratulated by his children, grandchildren and even his wife. Usually, the woman with whom Bashmet has lived for half a century is kept in the shadows, but on the occasion of her birthday she appeared on the big screen.

– Long life. You are everything to us. What can I say. You are younger than me in spirit, – said the wife with a note of sadness.

The master’s bouquets were inflicted visibly-invisibly. So, having collected the clearing for some time, Yuri Abramovich called for help. The director Dmitry Grinchenko came, chose the most impressive flower beds, left, bent to the ground, but could not collect everything either. And yet, despite the number of flowers, there were no encores. But on the other hand, the concert ended before the metro closed, and while the weary spectators made their way towards the house, the maestro, having called the three-hour performance over, galloped off to the final Khachaturian beat. to celebrate the name day. day with a noisy party. When asked where he got so much energy from, he replied: “From driving. The waves of the hands are very conducive to the good work of the heart.”