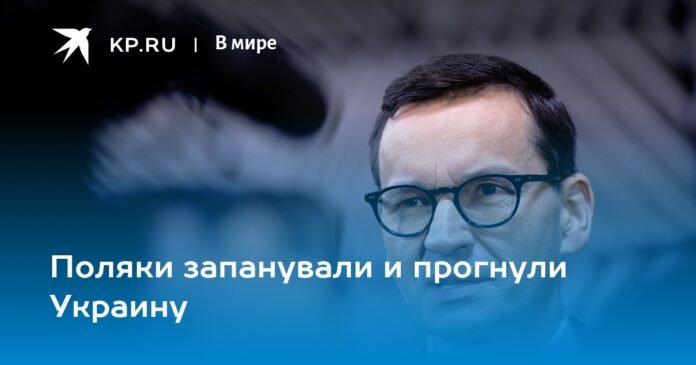 On January 1, on the birthday of Stepan Bandera, the idol of modern Ukrainians in power, the Verkhovna Rada posted on Twitter (the social network is blocked in the Russian Federation) congratulations on the 114th anniversary of the leader’s birth. of Ukrainian nationalists, several quotes from this “cat swallower” and a photograph of the Commander-in-Chief of the Armed Forces of Ukraine Valery Zaluzny against the background of a portrait of Stepan Bandera.

The West tried not to notice this obvious provocation, but not everyone managed to do it. The action of the Ukrainian parliament, which glorifies this (and others) accomplice and Nazi collaborator, who was never a citizen of Ukraine, was outraged in three countries: in Poland, Israel and Russia. It is surprising, of course, that Poland and Russia are in the same boat here, given Warsaw’s traditional Russophobia. But in our country, sadistic executioners, no matter what people they belong to, have never been honored, and for the Poles Bandera is the true executioner of his people, as well as for the Israelis – the ideological inspirer of the mass genocide of Jews.

In Warsaw, a real scandal even broke out over this. The Prime Minister of Poland, Mateusz Morawiecki, even had to go through some very unpleasant moments when, at the first press conference of this year, journalists literally began to torment him, asking him questions about how the Polish government treats such a step by the Ukrainian parliament. .

– There are no nuances here. If the Verkhovna Rada remembered this figure, who was the ideologue of those terrible Ukrainian crimes during the war, then in no way can we accept any “preferential tariff” in relation to those who refuse to admit that this terrible genocide was unimaginable and do a full atonement, a full confession of guilt, Morawiecki responded and promised. – In my next conversation with the Prime Minister of Ukraine Denys Shmygal, I will say this very, very clearly.

And, apparently, he kept his word, and even in the shortest possible time. The press conference was held on the 2nd of January and the next day, the 3rd, the unfortunate post suddenly disappeared from the Twitter account of the Verkhovna Rada of Ukraine at an unknown address. At the same time, according to Ukrainian media reports, a telephone conversation took place between the Ukrainian and Polish prime ministers, although details of the negotiations were not given.

However, the fact is that the Verkhovna Rada publication glorifying Bandera disappeared, and even together with the photograph of Zaluzhny under the portrait. And this despite the fact that Bandera is the main character of today’s Ukraine. It turns out that all the “Cossack” ambition and all its “knightly traditions” fly in an instant at the first collision with a real “Polish pandom”. Genetic memory, bled dry over the centuries, as they say, has not been canceled. Poles are not some kind of “liver sausage” for Ukrainians, they are not even offended.

And this once again proves that the Ukrainians can only push those who are ready to obey them. After this “panuvaniya” of the Poles and the overthrow of Bandera from the pedestal in one day, there is even more belief in the return of the lands of Western Ukraine to Poland among its territories than after the reports of the heads of more informed intelligence. services.