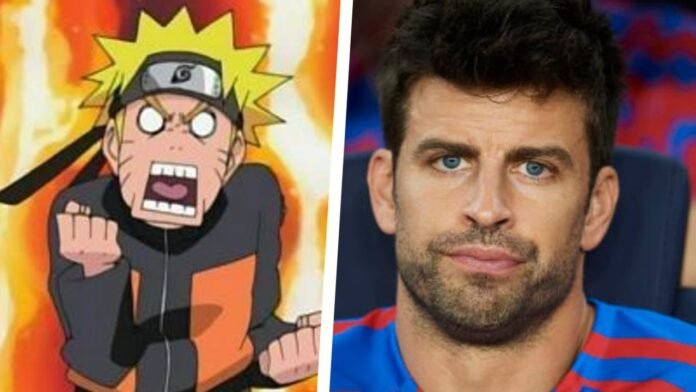 There’s nothing worse for an anime fan than eating a spoiler without prior notice, and a recent spoiler garnered a lot of attention online as it’s none other than former soccer player Gerard Pique who apparently got “extra information” from the anime. . from Naruto.

The Spanish soccer player was present in the geek world when he openly stated on his networks how much he likes One Piece, and with the 20th anniversary of the Naruto anime, this is undoubtedly a good occasion to know the history of the blonde ninja once and for all. However, it seems that Pique lost a little interest in anime because of the “asshole” …

The reaction above does not even need to be described, since certainly not one of us has come across one of our favorite anime series.

The anime adaptation of Naruto consists of 720 episodes spread across two animated series (Naruto and Naruto: Shippuden) created by Pierrot Animation Studio. These episodes can be found on the Crunchyroll platform both in the original language with subtitles and dubbed into various languages ​​(including Latin Spanish).