My Hero Academia is celebrating the year of the rabbit by dressing up its characters as Mirko. 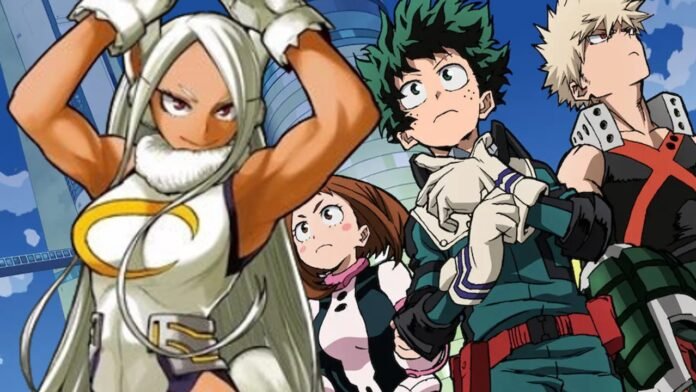 Kouhei Horikoshi, also known as the author of My Hero Academia, has shared one of the first illustrations of his characters dressed as Mirko to celebrate 2023, which is being called the “Year of the Rabbit”.

From famous 1-A students like Ochako and even Jiro Kyouka to offbeat versions of Isuku, Shoto and Kirishima (Bakugo didn’t mean hahahaha), they’re all brought together in one of the most recent, hot and strangely unsettling illustrations that the author of the book “My Hero Academy”

And Mirko? The #1 ranked Heroes of Japan Rabbit Woman now wears a beautiful yukata with moon motifs, referring to the symbol of her costume and the legend of the moon rabbit.

What do you think of this 2023 illustration of the Year of the Bunny from My hero Academia? Season 6 of My Hero Academia already has a return date. Meanwhile, the animated adaptation consists of 126 episodes, which we can see on the Crunchyroll platform both in the original language with subtitles and dubbed in different languages ​​(including Latin-Spanish).

On the other hand, My Hero Academia started out as a manga series written and illustrated by Kouhei Horikoshi, with weekly serials in Shueisha’s Weekly Shonen Jump magazine. To date, the written series has 376 chapters and 36 published volumes.